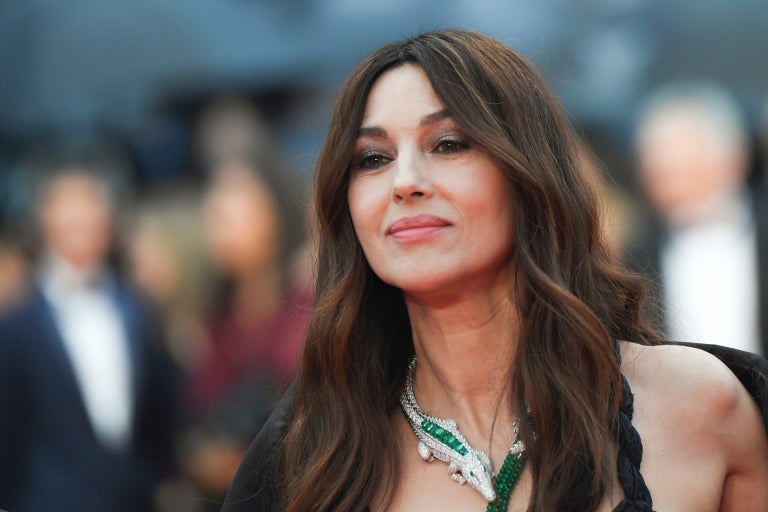 Italian actress Monica Bellucci arrives for the screening of the film “The Best Years of a Life (Les Plus Belles Annees D’Une Vie)” at the 72nd edition of the Cannes Film Festival in Cannes, southern France, on May 18, 2019. Image: AFP/Loic Venance

It seems hard to believe, but Monica Bellucci, who has spent four decades in the limelight as a model and actress, says she suffers from stage fight.

Film acting, said the actress who has played in two The Matrix movies and was a Bond girl in the 2015 movie “Spectre”, is less intimidating.

“When one makes a film, it is as if one is protected from the outside world. With theatre, one breathes in the public and the public breathes you in. There is a direct contact…”

It is also less taxing. With theatre, said Bellucci, one’s concentration must last for the duration of the show. With film, scenes are shot one by one, with rests in between. Only once, in Gaspar Noe’s film “Irreversible” has she shot a scene that lasted as long as 20 minutes, she said.

In spite of her fear, Bellucci said she was captivated by Tom Volf’s project on Callas, known for her tragic love affair with the Greek billionaire Aristotle Onassis almost as much as for her captivating voice.

The biographical show draws heavily on letters and writings by Callas, collected by Volf, who has also made a movie entitled “Maria by Callas”.

“The letters are so beautiful… it was impossible not to see into the soul of this wonderful artist,” said Bellucci.

For Volf, a sort of “chemistry” occurred between Bellucci and Callas on stage.

The actress, he said, “interpreted with accuracy the strength and vulnerability of the diva. With her celebrity status, Monica was able to understand the woman behind the legend.”

Bellucci even wears one of Callas’s dresses in the play. “What is incredible is that there was no need to make a single adjustment, it was as if it was made to measure,” said Volf.

The glare of the spotlight is another thing the two women shared.

Callas lived with details of her personal life splashed on the world’s front pages; from her legendary success to her alleged capriciousness and the heartbreaking affair with Onassis who ended up marrying Jackie Kennedy, widow of assassinated United States President John F. Kennedy.

“She showed this smiling public image, and behind it was hidden a woman experiencing something quite different,” said Bellucci.

“When one is exposed, one is at great risk. Me, I try to protect myself… It is truly important to keep your feet on the ground and to keep a distance from your (public) image,” said the actress whose separation from actor Vincent Cassel after a 17-year relationship also received wide press coverage.

Does she mind being described as a diva, as was Callas before her?

Bellucci laughs, “One of my daughters is named Deva. It is not a negative thing, in Italian, it means someone who takes the light from the sky!” JB