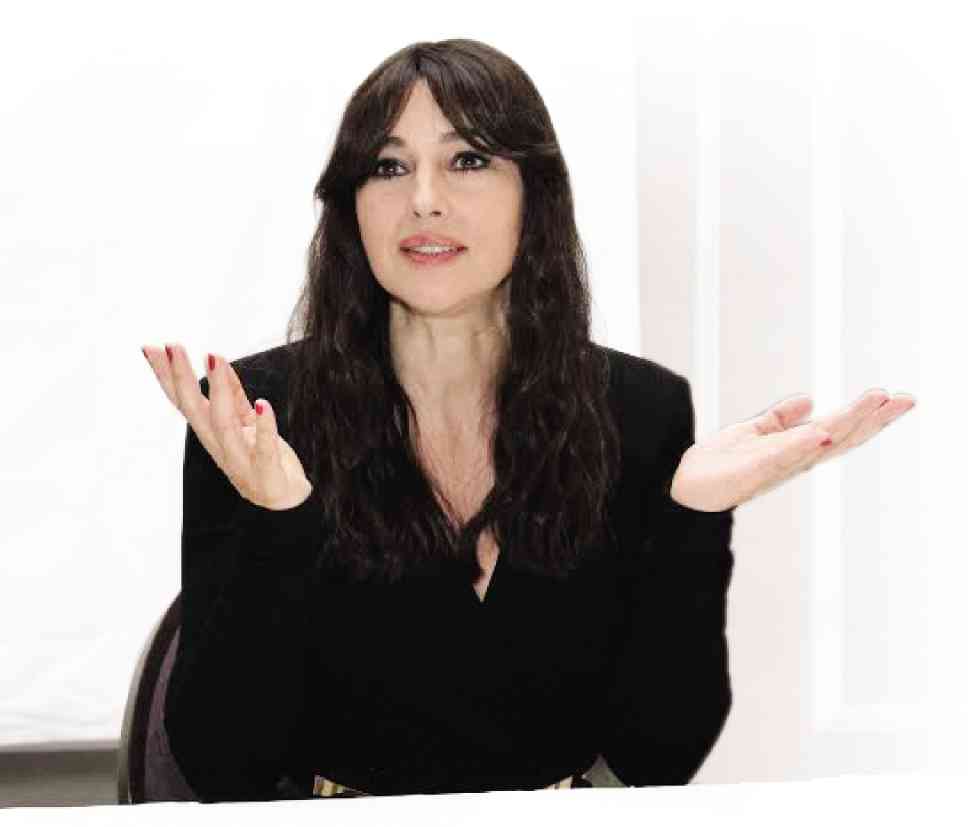 BELLUCCI says working in international films opens her mind “not just as an actress but also as a human being.” Ruben V. Nepales

LOS ANGELES—First, the bad news. The beautiful Monica Bellucci is an intriguing character in “Spectre.” We see her first as a brand-new widow that we’d like to see and know more. But alas, it’s a short role that leaves us wanting for more of the alluring Italian actress. The good news is, I spent more time interviewing Monica than her screen time in Daniel Craig and Sam Mendes’ latest 007 collaboration that is nonetheless spectacularly entertaining.

In our chat in London, the actress, demurely dressed in black Max Mara, talked about a range of topics, from being a Bond girl at 50 (when “Spectre” was shot; she turned 51 last September) to being in good terms with her ex-husband, French actor Vincent Cassel, the father of her two daughters.

How interesting was it for you to be part of a group of actresses who’ve played Bond girls?

I am thinking about some Bond girls, even when they play bad girls like Famke Janssen did (in “Golden Eye”), who was great in the movie. All those other characters represented by actresses like Rosamund Pike, Eva Green, Sophie Marceau and Halle Berry are, in some ways, iconic. So many actresses want to be in James Bond movies.

When I met Sam Mendes for the first time, I was a bit surprised. I asked, “What am I going to do at 50 years old in a James Bond movie?”

When I saw the film, I said to myself: Oh my God, it’s very strong because the woman Sam and I created, Lucia, even though she has imperfections, she still has her sensuality. This is a concept that’s very nice in a Bond movie. It’s the first time that a Bond woman is older than Bond. It’s a very modern concept. It’s very courageous, too, because it shows that sensuality is there even as a woman matures.

Were you offered a Bond girl role before?

Yes, I was approached but that was like 25 years ago. It’s more special doing this character now. What I also like about this Bond movie is that it is beautiful to see two female characters who are completely different.

Lucia is always in black. She represents the past, a woman who comes from a world where men control everything and she wants to escape. She doesn’t know how to do it. James Bond helps her to get out.

Madeleine (Léa Seydoux) is often in white. She represents modernity. She’s strong, independent and helps Bond. It’s beautiful to see this on screen.

What does James Bond mean to you?

Many women dream about a prince in some way. James Bond is this fantasy who represents many qualities in one man—he’s courageous, a gentleman, but he can kill for you. Sam Mendes and Daniel Craig created a very modern James Bond. 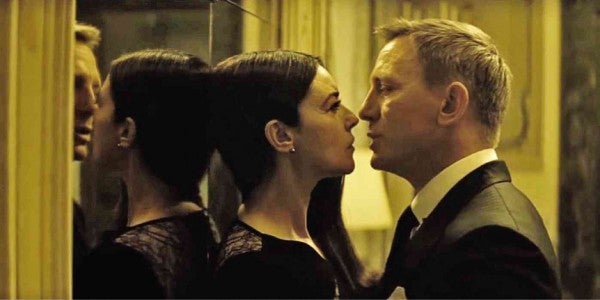 BELLUCCI thinks her leading man, Daniel Craig, is an actor who has “the capacity to be tender and strong at the same time.”

Sam has this capacity to get inside the characters. We’ve seen that in his films like “American Beauty” or other films he has done. Daniel Craig is an actor who has this capacity to be tender and, at the same time, be very strong. Together, Daniel and Sam created this James Bond who is more

For you, what makes a man sexy?

A man who surprises me with something that I don’t expect. And also a man who makes me laugh.

How’s your relationship with the man who made you laugh, Vincent Cassel?

When you had a relationship with someone and you had beautiful years together and you have kids, those beautiful moments have to stay forever.

You’ve stayed beautiful through the years. What’s your stand on plastic surgery?

How do you stay in shape?

I don’t do anything regularly. It’s not my character to be programmed. So I have moments where I do yoga. I like Pilates and swimming. I like to eat but when I have to work, I take care more about what I eat. My work gives me discipline, too.

I don’t smoke. I can have a glass of wine, but I am not crazy about alcohol so my life is naturally good. I take risks more in my choices of acting than in life.

As the mother of two daughters, what would you like to pass on to them?

What is important is that they have a passion for life because it’s so important to wake up in the morning and have the strength and your instincts alive. To have joy in life is so important. They can be whatever they want to be—it doesn’t matter. As long as they enjoy what they do and have passion. 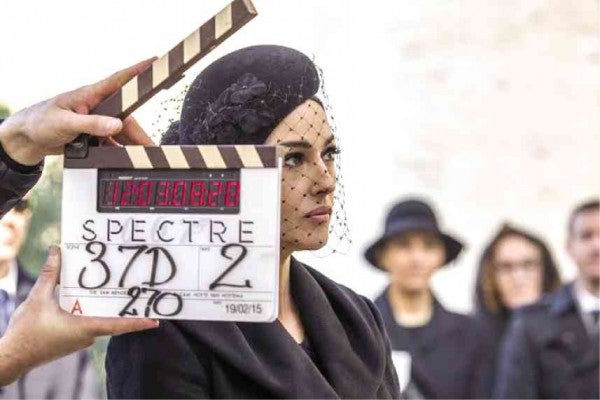 THE ITALIAN actress describes her Bond woman, Lucia: “Even though she’s imperfect, she still has her sensuality.”

What do you think about ageism in the film industry?

Listen, I’m 51. I was in Rome for two days for a movie. I’m shooting a movie right now. Things are changing and I want to believe that. Maybe we need more female directors and more females in everything.

What does having an international career mean to you as an actress and a mother?

My kids are Italian-French and have lived all over. And I myself have lived in so many different places. Because of that, my kids speak so many languages which is great for them. But I had to choose a base for them and I chose Paris.

Even in my career, I work with Canadian, French, Serbian, American and English directors. That opens my mind not just as an actress but also as a human being. Through my work, I can learn so many things even as a person. It’s a personal process, too. It’s not just acting.