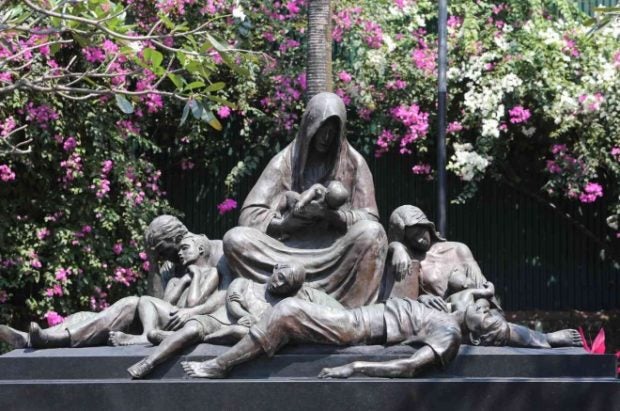 To mark the 75th anniversary of the “Battle of Manila,” where countless Manileños perished under the atrocities of the brutal Imperial Japanese Army, several stars from both cinema and theater have banded together to remember this dark period in history.

Several stories from survivors of the month-long massacre will be featured in a series of short videos, which will premiere on Memorare Manila 1945’s Facebook page on March 3, the same day the “Battle of Manila” ended.

“In commemoration of the 75th Anniversary of the Battle of Manila, the Memorare Manila Foundation together with the Philippine World War 2 Memorial Foundation present a series of short videos featuring a retelling of survivor stories as narrated by leading film and theatre actors,” Memorare Manila announced on its Facebook page on Feb. 26.

“The stories are testimonies of massacre survivors taken by US military investigators beginning June 1945,” it added.

In commemoration of the 75th Anniversary of the Battle of Manila, the Memorare Manila Foundation together with the…

The “Battle of Manila” saw the indiscriminate torture and massacre of around 100,000 Filipinos by Japanese troops. In those 28 days (Feb. 3 to March 3, 1945), unarmed civilians—including women and children—were bayoneted, bombed, shot, beheaded, burned or raped, among others.

Other than hospitals, government and school buildings, several cultural and heritage sites were also lost due to the devastation of war, and in the aftermath of World War II, the Philippine capital of Manila came out as the second-most devastated Allied city, next only to Warsaw, Poland.  /ra

74 years on, Filipino comfort women are still fighting a war

Remembering the “Rape of Manila”