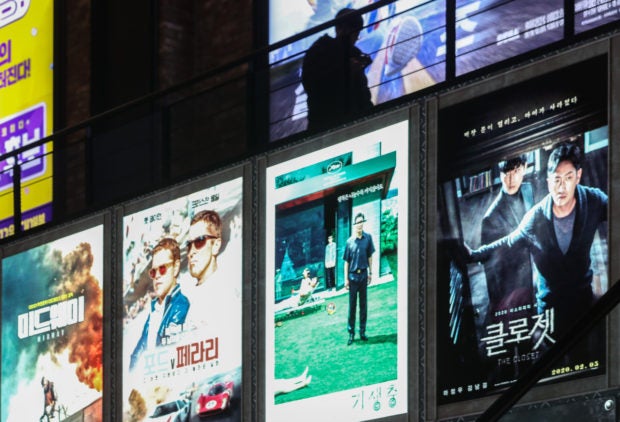 SEOUL — Snowballing coronavirus infections have continued to cast a pall over the film industry, with new releases delayed and events canceled.

Thriller flick “Time to Hunt” will tentatively postpone its release and cancel all promotional events, including premieres, the film’s distributor Little Big Pictures said Sunday in a statement. The company made the decision in response to the government’s call to refrain from mass gatherings.

“Time to Hunt” was slated to hold its first premiere event in Seoul on Tuesday, followed by its official release in local cinemas the next day. The film’s cast members — including Choi Woo-shik, Lee Je-hoon and Park Jung-min — and director Yoon Sung-hyun are currently attending the Berlin International Film Fest, where the movie received a special invitation for screening.

Another Korean film, “Innocence” (unofficial translation), has also called off all its promotional events, including media interviews. It is considering postponing of its release scheduled for March 5.

Meanwhile, the outlook appears grim for films that have opened in theaters. According to Korean Film Council data, the number of cinemagoers in January recorded the lowest total for the month in eight years. The number of moviegoers who visited the cinema on Saturday dropped by half compared to the same day the previous week.

On Sunday, the number of confirmed cases here spiked to more than 500, following a large number of infections in Daegu.