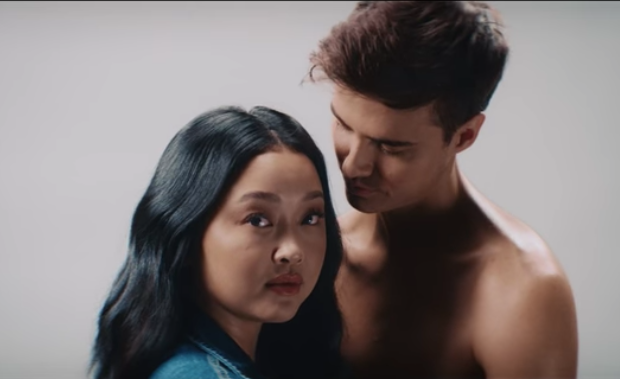 Actress Lana Condor has now entered the music scene by releasing her first-ever duet with musician boyfriend Anthony De La Torre, just shortly after the premier of the sequel “To All the Boys: P.S. I Still Love You” earlier this month.

Condor unveiled the official music video of their song “Raining in London” via YouTube last Wednesday, Feb. 19. The song is now also out on music streaming platforms Spotify and Apple Music.

The romantic video begins with the couple being sweet to each other, and goes on until their relationship becomes sour, which fits just right for a song about breaking up. Fans need not worry, however, because the video ends with a classic kiss-in-the-rain moment between the two.

In an interview with People that came out also on Feb. 19, De La Torre described the visual for the track as featuring “two people who are madly in love singing about breaking up.”

This is the musical debut of Condor, who is famously known for playing Lara Jean in Netflix’s book-to-film adaptation “To All the Boys I’ve Loved Before” and its sequel “To All the Boys: P.S. I Still Love You” alongside Noah Centineo. Cast member Madeleine Arthur also starred in the couple’s music video.

“We are both so incredibly happy to finally share it with you guys!! Thank you to everyone who made this possible,” Condor said in the video’s description.

Condor also described the song as their “heart” when she announced its debut via Instagram, and also promoted De La Torre’s new EP “Find Me,” which their duet is a part of.

“This is our heart. Our song ‘Raining In London’ (ft. me) is FINALLY OUT, and so is my dear @anthonydltorre whole EP ‘FIND ME.’ I couldn’t be more proud of him,” the doting girlfriend said.

“Against so many odds, he’s made this EP come to life for you all to hear. It’s definitely playing on repeat all day for me! I love you golden boy, thru and thru,” she added.  /ra

Catching up with Noah Centineo and Lana Condor