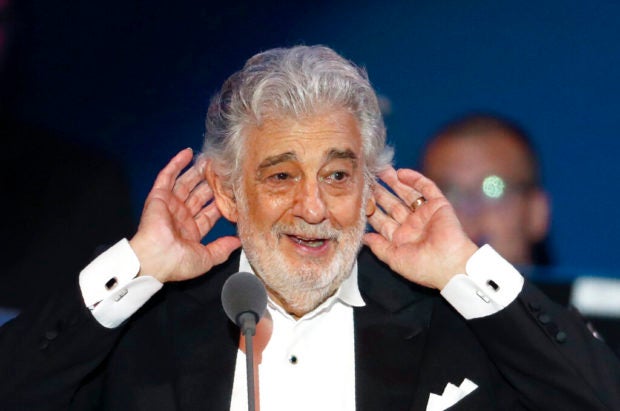 Domingo, 80, has withdrawn from all U.S. performances since reports by The Associated Press last year detailed accusations of sexual harassment or other inappropriate, sexually charged conduct.

While American outlets have dropped Domingo, he continues to perform in Europe. He received a standing ovation in Milan in December and had two sold-out shows in Berlin in January.

The Israeli Opera’s decision to host Domingo in spite of the allegations against him has angered Israeli activists.

The Association of Rape Crisis Centers in Israel wrote on its Facebook page that “the entire world is renouncing the serial assaulter, and only Israel receives him with open arms.”

“But leave it to the Israel Opera to receive someone who in other places has turned into an outcast in light of his actions, and gladly announced his arrival to the country,” the organization said.

An op-ed piece in the Hebrew daily Haaretz called the institution “disconnected and outdated” for welcoming Domingo “as though there was no such thing as the #MeToo movement.”

The Israeli Opera said in a statement that it has a “very strict policy” against any kind of harassment but said there has been “no official report” about the AP claims.

“Since many leading opera houses around the world decided to continue to invite Mr. Domingo to perform on their stages,” it added, “the Israeli Opera saw no reason not to act in the same way.”

Domingo spent three of his early years as an opera performer as a resident at Tel Aviv’s opera in the 1960s. NVG