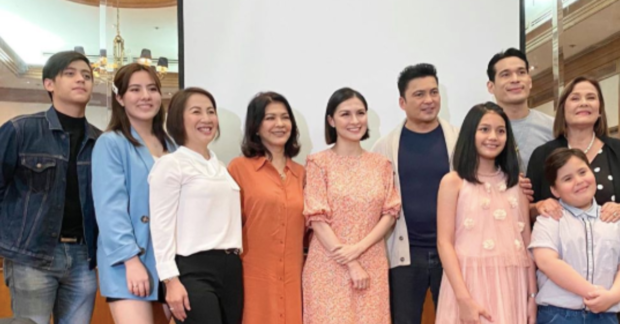 Cassy Legaspi is set to star in her first teleserye, “First Yaya,” where she will be appearing alongside seasoned actors Marian Rivera and Gabby Concepcion. Prior to this project, Legaspi appeared in various commercials with her twin brother, Mavy, and their parents, Carmina Villarroel and Zoren Legaspi.

“[B]lessed to be a part of this project: my first [t]eleserye,” the young actress said on her Instagram page yesterday, Feb, 17. “[M]y heart is too kilig (giddy) for this!!”

blessed to be a part of this project: my first Teleserye 🙏🏼 my heart is too kilig for this!! 💘

Legaspi also uploaded photos of her with her fellow cast members during the show’s story conference yesterday. Besides Rivera and Concepcion, the show includes Pancho Magno, Kelvin Miranda and Baeby Baste, among others.

Concepcion also took to his own Instagram page to share photos with his latest leading lady, Rivera. The two stars already looked like an on-screen couple as they posed for a photo, with Concepcion wrapping his arms around his co-star.