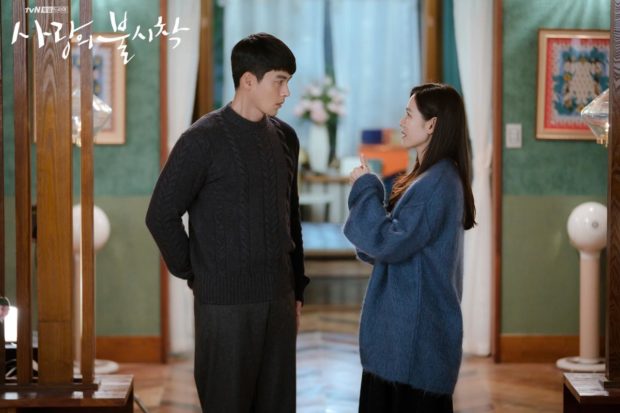 MANILA, Philippines — Drama series “Crash Landing On You” has achieved the highest viewership ratings in the history of South Korean TV channel TVN.

“Crash Landing On You,” starring Hyun Bin and Son Ye-jin, toppled previous records set by the 2016 hit drama “Goblin,” according to data by Nielsen Korea.

The final episode of the drama aired Sunday scored an average rating of 21.68 percent, peaking at 24.1 percent, beating “Goblin’s” peak rating at 20.5 percent.

“Crash Landing On You” tells the story of a billionaire heiress who accidentally paraglides to North Korea and falls in love with a captain of an army.

The series, which started airing in December 2019, is also available on streaming giant Netflix.