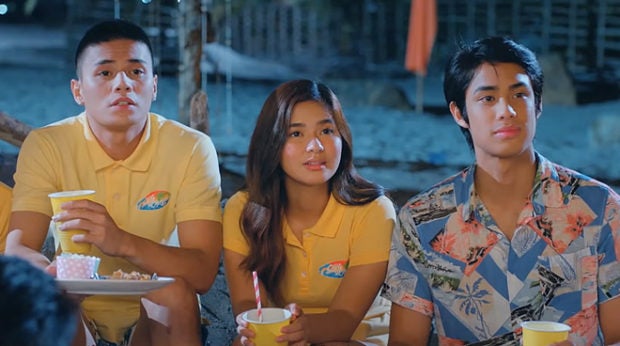 Theodore Boborol’s followup to his charming MMFF (Metro Manila Film Festival) rom-com “Vince & Kath & James,” which starred Joshua Garcia, Julia Barretto and Ronnie Alonte, is more a spinoff than a sequel. It has gorgeous cinematography and a vibrant soundtrack going for it—but that’s about the nicest things we can say about the film.

As it turns out, “James & Pat & Dave,” which has Loisa Andalio and Donny Pangilinan trading sophomoric barbs with Ronnie’s beleaguered character, is the spinoff “Vince & Kath & James” did not need.

In the latest film, James (Ronnie) is “banished” by his family to the beach resort of his Lola O (Odette Khan, who makes even her limited scenes matter). They want him to learn a thing or two about responsibility and culpability.

But he’s really just a tough-looking nice guy in dire need of direction and inspiration, right? Of course he isn’t in high spirits, especially after Vince (Joshua) and Kath (Julia) move on with their lives, leaving James feeling inconsequential, unimportant and unwanted.

James’ exile turns into excitement when he meets feisty and newly promoted resort manager Pat (Loisa), who’s busy nursing a broken heart when she isn’t peddling her self-grown pechay (OK, we get the winking joke) to raise more money for her cash-strapped family.

But James’ road to romantic recovery hits another snag when Dave (the simpatico but dour and joyless Donny, who’s made to navigate his scenes like a sad sack) shows up and woos his confused ex-squeeze Pat. She’s still smarting from the insults of Dave’s “matapobre” politician father (Bobby Andrews), who wants pretty Trish (Belle Mariano) for his spineless, indecisive spawn. 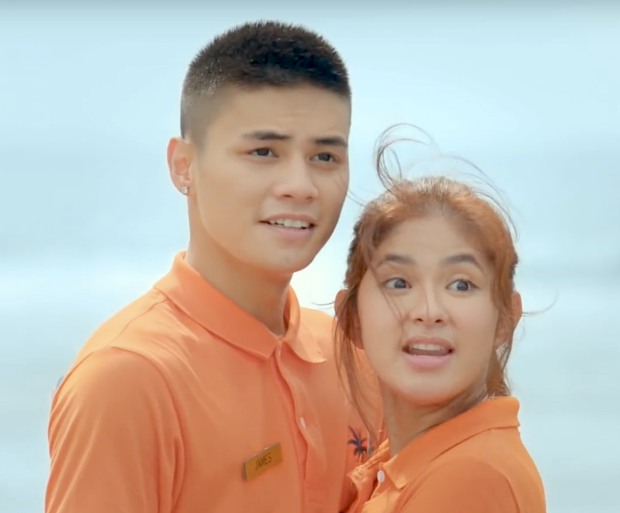 Has James found his new shot at love, only to be left in the lurch again?

Despite its likable leads and a promising start, the film soon meanders and quickly goes downhill by filling its scenes with loud and livid moments of TV sitcom-channeling kitsch. Worse, the production’s narrative progression feels forced and manipulated, introducing one conflict after another when the story screeches to a thematic dead-end.We expected so much more from Ronnie, because he did so well as the dashing third wheel in his film with “JoshLia.” But while he manages to acquit himself well, he isn’t really tasked to do more than look cute in sequences that show him in various states of shirtlessness. At some point, we were worried he’d catch pneumonia.For her part, Loisa simply works “too hard,” especially in her embarrassing and cringe-inducing drunken sequence, where she auctions herself off after she finds out she has been the subject of her suitors’ bet.

For something more convincing, check out how Coleen Garcia managed to pull off her character’s palpable intoxication in last month’s “Mia.” Now that was believable, whereas Loisa’s was simply painful to watch. When the film’s young cast members go overboard, you just want to keep them sedated. INQ