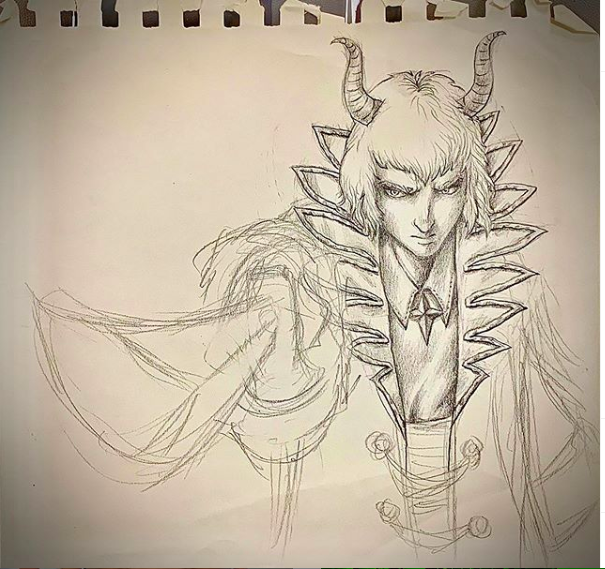 It is no secret that multitalented comedian Michael V is a fan of hit Japanese anime “Voltes V”, and he showed his appreciation for the series by drawing one of the main villains.

Michael V took to Instagram yesterday, Feb. 4 to share his latest artwork, which was a sketch a leader of the Boazanian forces, Prince Zardoz.

The artist’s drawing shows Prince Zardoz in his iconic costume, holding up a sword with his right hand as he gives a sinister look, a fitting pose for Voltes V’s horned enemy.

The comedian’s drawing comes as fans of the anime await the release of GMA 7’s live-action remake for television, titled “Voltes V Legacy”. The media network gave fans a teaser trailer last New Year’s Eve, although an actual release date is yet to be announced.

Michael V, a self-confessed fan, did not hide his enthusiasm for the remake and called it “veeeery promising!” on Twitter the next day.

The comedian last month even gave his fans a throwback photo of him cosplaying as Voltes V’s Steve Armstrong, complete with his hairstyle and the iconic red and white suit.

“Ultra electro magnetic Throwback! #VoltesVLegacy,” he said on Instagram on Jan. 16. Comedian John Feir in a Prince Zardoz costume can also be seen beside Michael V.

Michael V’s throwback photo was also accompanied by photos of his drawing of the anime’s titular gigantic robot. The original “Voltes V” anime was produced by Toei Animation and Nippon Sunrise and originally aired in the 1970s. NVG