Home, sick (but not miserable)

Perhaps I need a vacation to recover from my vacation.

Joking aside, since our return from Niseko, I’ve been mostly at home. A nasty throat infection got a hold of me and seems to not want to let go. My doctor prescribed a course of antibiotics, so I should be good as new in a few days.

Thankfully, a few gigs that were scheduled were canceled by their respective organizers, which gives me more time to just chill out and relax at home. However, with the threat of this novel coronavirus (2019-nCoV) and flu season in full swing, who knows? I may end up at home more than I thought.

So, what does a singer do when attacked by a rogue virus or wayward bacteria? If you’re anything like me, you sit in the den, controller in hand, and start playing video games.

Inspired by my recent binge of Netflix’s “The Witcher,” I started the game. However, that didn’t go so well; the gameplay and motion made me dizzy, so I had to stop. 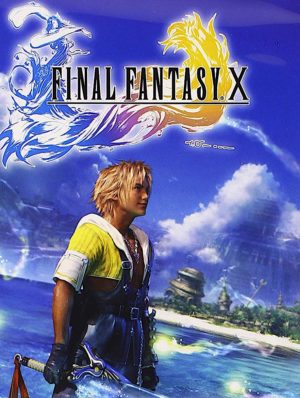 I had already downloaded an old favorite, “Final Fantasy X,” which was redone in high definition along with its sequel, “Final Fantasy X-2.” (I’m a sucker for FFX though, so I’m focused on that.)

The story begins at a place called Zanarkand where a blitzball (a soccer-like sport played underwater) tournament is about to begin. Our hero, Tidus, is the star player of his team, the Zanarkand Abes. However, while the game is underway, just as he’s about to shoot the ball into the opposing team’s goal, everything goes awry and his world is turned upside down.

Along with his father’s friend Auron, Tidus is sent on an epic adventure where he meets a summoner named Yuna and her guardians Wakka, Lulu and Kimahri, and along the way, another guardian-to-be, Rikku. The end game: bringing peace to a land called Spira by vanquishing an enemy named Sin.

I first played this on a Playstation 2. In 2002, this was state of the art technology with the capabilities of that gaming console pushed to the limit. Now however, even more challenging games have been released, graphics-heavy and immersive with narrative, some of which I’ve played, the Assassin’s Creed franchise and Final Fantasy XV being good examples.

My daughter came into the den one day while I was playing, and with a hint of snark remarked, “The graphics look a little strange, Mom, was this the best back then?” To answer her question, yes it actually was.

It wasn’t the graphics that got me though, it was the story. The summoner, the supposed savior of this land, is a delicate 17-year-old girl. Our hero Tidus is also 17. Most of her guardians are also young, with one exception, looking like he’s been to hell and back. The villains are members of the religious elite, one of them a handsome newly ordained maester named Seymour. And this elite doesn’t take kindly to anyone questioning their ways, quickly disposing of anyone that stands in their way.

Maybe that’s why I found myself falling in love with this game when I first played it in 2002. It’s a classic “good guys versus bad guys” story, the bad guys being all powerful and connected while the good guys were a motley group of misfits. You rooted for the underdogs and made sure they grew more powerful in order to win each and every boss fight that came their way.

At least, if only in a video game, you could actually get rid of the bad guys, no matter how beastly or ghastly they looked.

Maybe because of the seeming lack in graphics capability at the time, the storytelling needed to be top-notch, and this is where FFX shines.

Yeah, it’s involved and can be an acquired taste for some, but I truly love it and find myself choking up at the more emotional bits. Sure, some moments can be a bit cheesy, but like at the movies, I settle down with popcorn and enjoy the cutscenes.

It wasn’t just video games I spend time with … there are also some wonderful Netflix and Prime Video binges.

But that’s another story for another time.