Hugh Laurie says he doesn’t have the ‘pep’ to do ‘House’ now, but if a film version comes up . . . | Inquirer Entertainment
Close
menu
search 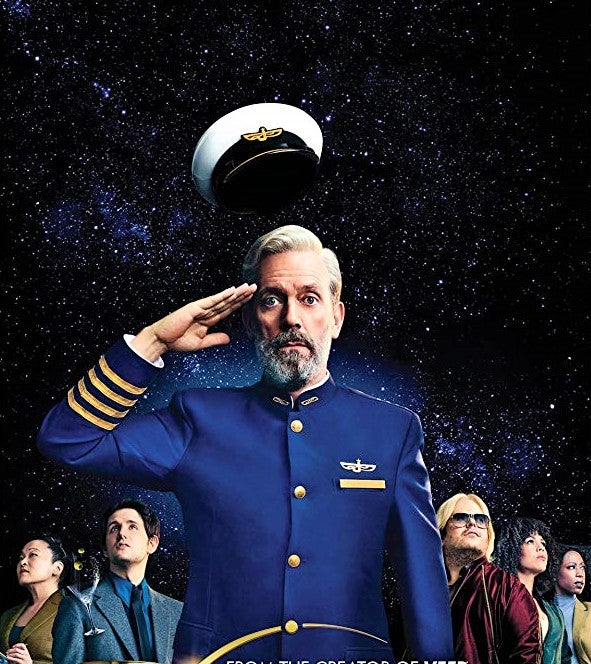 LOS ANGELES—“Did he? What on earth was going on? That sounds wrong,” Hugh Laurie replied in his wry manner when told that his “Avenue 5” costar, Josh Gad, said wonderful things about him in a previous interview.

In our recent chat, the self-deprecating Brit humor of Hugh, the “House, MD” star now about to embark on a new sci-fi comedy series, “Avenue 5,” reminded us of another Hugh—Grant, that is. Grant, whom we also recently talked to, and Laurie, are such disarming masters of deadpan English wit.

“I’ve heard of him,” Laurie replied when we asked him about Grant. “People say he’s very good—I don’t know.”

Laurie added, “I met him (Grant) only once. I think we just overlapped [in filming] on ‘Sense and Sensibility’ by about two days. So I met him then. We exchanged letters about something. I can’t remember what it was about.”

In his return as a lead actor in a TV series, Laurie’s character, according to HBO’s press notes, is “Ryan Clark, the confident and suave captain of ‘Avenue 5,’ a space cruise ship. As the series begins, ‘Avenue 5’s’ eight-week journey around Saturn is underway and its systems are optimal.

“But when the ship suddenly encounters technical difficulties, it’s up to Ryan and his crew to calm the disgruntled passengers and find a way to deal with unexpected events onboard—though they may or may not be equipped for the task.” 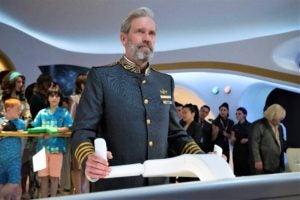 Excerpts from our chat with the 60-year-old actor-musician:

You and Hugh Grant are among the masters of the self-deprecating British humor. I think there’s a particular English strategy of self-defense, which is to attack yourself before anybody else can. I know it’s baffling to a lot of Americans because Americans just don’t think that way. I once had the most revealing experience of the difference between European and American thought.

I was walking on Venice Beach and there was a guy with a sandwich board, one of those signs, because everybody’s selling something. The sign said, “You could do better than the partner you’re with (laughs).” I thought, this is unbelievable. Then, I realized that what he’s assuming is that most Americans will read that and think, yeah, maybe it’s time I traded up (laughs).

Whereas I was thinking, I’m the partner better than whom my partner could be doing. I don’t want her to see that sign (laughs). It’s a totally opposite way of looking at the world. You grow up with that assumption that I’d better get myself first and save everyone else the trouble of doing it. Because then they can’t—you’ve disarmed them.

In retrospect, how does “House” fit into your career, given that you’ve found success in other shows since then, like “Veep” and “The Night Manager”?I will always, till the day I die, which may be Saturday morning—I don’t know (laughs)—think of “House” with great pride and affection because it was the most thrilling challenge I’ve ever taken on and probably ever will take on. I know for a fact I couldn’t do it now. I just don’t have the pep for it.

Did you have a long-range plan after “House”? I was very lucky in that I didn’t have any great plan because I’m not good at planning. But I went from doing “House” to performing with a band (The Copper Bottom Band). It was wonderfully freeing to enter a whole different world and almost be starting again like a child.

Because I was in a world which I’d never stepped into before, surrounded by very capable, brilliant musicians. Looking back, that was possibly the best decision that I accidentally made.

After that, yes, I found myself doing “Veep,” which was just wonderful to be a part of, and also some other things. But I suppose none of them can quite have the intensity for me that “House” did because that was a long and intense period that I cared a lot about. I used to obsess about every detail of it and drive everybody crazy. I’ve become more sane, actually, since I stopped doing it. I don’t know if that’s good or bad. Sanity is not the goal, no.

But you are laughing a lot more. I suppose I am. Of course, I’m highly medicated (laughs). But I may be enjoying things more. It’s less a question of life or death. It’s more a question of just exploring and trying to do as well as you can.

I treated “House” like life or death. That’s what it was right from the start. I suppose I’ve learned to enjoy the exploration of things a bit more.

In this new series, “Avenue 5,” your character is stuck on an interplanetary cruise ship. Have you been on a cruise ship? I don’t think I have. I might be a bit nervous about it. If anyone ever says we’re having a party on a boat, I just think, oh God, why, I can’t get off. I need to be able to get off (laughs). Or I can get off, but that means swimming, and I don’t want to do that in a tuxedo.

What is your relationship to exploring space? I don’t dream about space. I find the world and people interesting enough. It’s why I don’t generally watch science fiction and fantasy stuff. If a story needs to have a dragon in it, then it will do without me because I find people interesting enough without adding dragons, ghosts, spaceships, time travel—any of that stuff.

The first “Avenue 5” episodes reveal that your character, Ryan Clark, is not the real captain of the ship. Do you feel you have the qualities of a real captain or a fake captain? I’m a gigantic fake. Ultimately, all actors are fakes. That’s sort of the definition of the job. They’re faking it all the time. I don’t know if I have any leadership qualities. I’d be better at the back of the room complaining about the leader.

You don’t like space and ships. What was the appeal of this show to you then? The first and most important thing is that it was made by Armando Iannucci. This is now the third show I’ve done with him. I enjoyed the first two so much. He’s such a brilliant creator of shows. I also admired the other work he’d done, for 20 years before that.

If he had said we’re going to make a comedy set in a medieval monastery, I would probably have said, “Yeah, that’s fine with me.” I’ve decided that there’s no such thing as a good or bad idea. The only thing that matters is how it’s done—the execution.

And Armando is the executioner. It’s what he does so well. This is the common thread of his stuff—he likes to trap people in an environment, put them under pressure and see how they respond.

What if “House” creator David Shore calls you tomorrow and says that he’s making a movie version of “House”? Would you be in? Oh God, that’s good. Damn it, damn it. I’d be incredibly tempted. Because knowing David as I do—he’s a close friend, and we’ve stayed in touch—I know he wouldn’t do it unless he had in his mind a compelling reason to do it. He wouldn’t just do it because he was bored and wanted to just play around.

I would listen to it. I can’t imagine that ever happening, though. I would insist on Robert Sean Leonard (who played Dr. James Wilson), obviously. That would be a deal breaker (if he’s not cast). I can’t imagine it happening, but if it did, yeah, I would definitely hear him out. I’d have to because he’s too clever, too good and too interesting a character for me not to want to work with again.