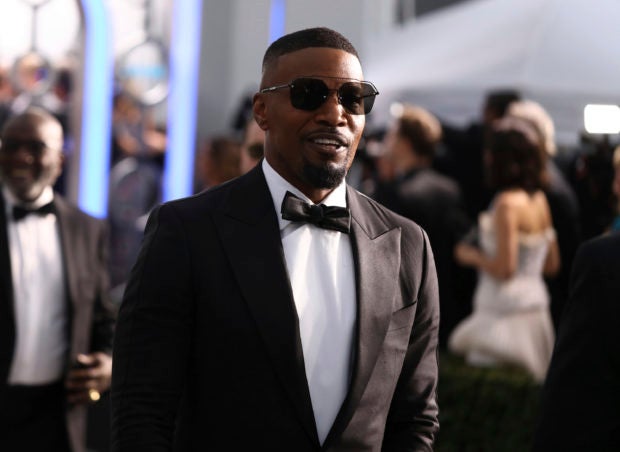 Jamie Foxx tricked an A-list crowd at a pre-Super Bowl show Saturday, telling them Beyoncé was about to perform.

“I’m going to go ahead and let it out of the bag right now: Beyoncé. Beyoncé,” he screamed as the guests at The Giving Fund’s Big Game Big Give event cheered. “Beyoncé from Fort Lauderdale. It’s not the one you were thinking, but still.”

Queen Bey was not at the gala, which was held at a $65 million waterfront home on Miami Beach’s exclusive Star Island, but in attendance were several other celebrities, including “Breaking Bad” co-stars Bryan Cranston and Aaron Paul and famed filmmaker Michael Bay, who played host.

Foxx was playful all night, salsa dancing with the crowd, practicing his Spanish and telling everyone to get close because he smelled especially good that evening. But when the DJ played a club version of Whitney Houston’s “I Wanna Dance with Somebody”, he soured.

“We want the original Whitney,” he said, before getting the audience to chant her name. The DJ quickly obliged and cued up her original hit.

Cranston and Paul made a toast to the New Year, with Cranston saying, “We have a lot of unfortunate things that have happened,” clearly referencing the late Kobe Bryant and encouraging everyone “to try to remember people who are with us now today.”

The event raised money for several charities, auctioning off sports memorabilia, last-minute Super Bowl tickets and a retreat on a private island in Belize. RGA