Why Lotlot wants Janine to be ‘her own person’ 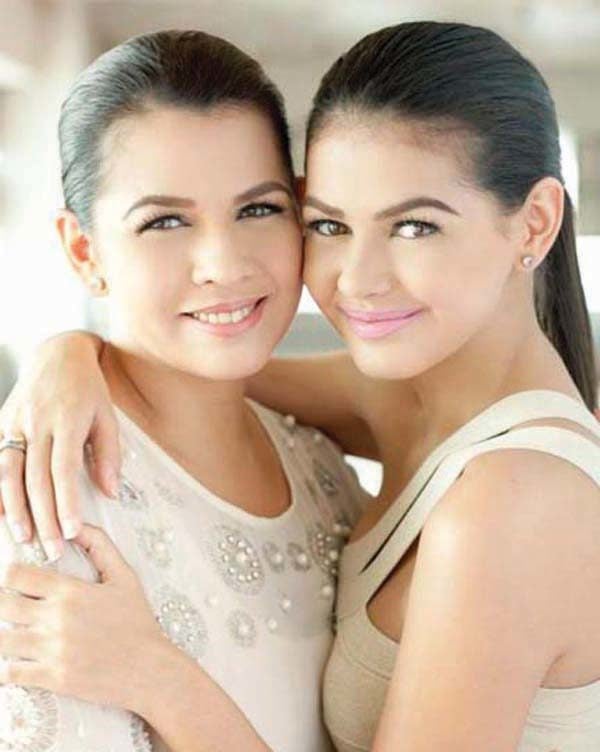 As a child, Lotlot de Leon was quiet and reserved. She was obedient—too obedient, in fact, it pained her sometimes. She would often just say yes to what was asked of her, she recalled, and did as she was told. She doesn’t want that for her children. “I want them to be their own person, and have their own way of thinking,” the seasoned actress told reporters at her recent contract signing with LVD Management, which will handle her show biz career for the next three years.

The subject was brought up in light of an issue Lolit Solis had with Lotlot’s eldest daughter, Janine Gutierrez. Last December, Janine tweeted the words, “Oh God,” in reaction to a news item touting Sen. Bong Revilla’s imminent television comeback, after four years in detention for plunder charges. As Bong’s longtime manager, Lolit took the post as a slight against her ward, prompting her to write a lengthy rant against the actress on Instagram. “I can’t tell her not to give an opinion because she has a voice of her own. And she has the freedom to express that. Even if she’s my daughter, I can only give her advice,” Lotlot stressed.

Lolit, who was also present in the media gathering, casually asked Lotlot why Janine “feels that way” about Bong. “I don’t think it’s right for me to speak on her behalf, because she’s a grown woman,” she replied, adding that it would be better if Lolit could sit down and talk with Janine “to clear whatever misunderstanding.” “If someone was hurt, maybe it’s better that the issue be discussed in person,” surmised Lotlot, who maintained that there’s no bad blood between her and Lolit, despite what happened. “I have respect for Manay. Show biz is such a small world; there’s no room for burning bridges.”

Still, Lotlot is proud of her children having “something to stand for” and “principles in life,” especially Janine, whom she believes is intelligent and strong enough to back up what she says.

“One thing I always tell them is to think a hundred times before they say anything… You have to be responsible for what you say or do. Knowing her, I think she was aware that her words could be taken differently by other people. Nonetheless, I know that she can defend her opinions,” she related. “She’s intelligent, open-minded and kind. And I’m not saying this just because she’s my daughter.”

At 48, Lotlot refuses to spend the rest of her career playing mother roles. Actresses her age shouldn’t be typecast as such, she stressed, because they still have a lot to offer. “Oftentimes, I get the typical mother-who-gets abandoned-by-their-children kind of roles. The usual. But I believe there’s a lot of stories and possibilities out there to explore,” Lotlot, who was last seen in the GMA 7 soap opera “Asawa Ko, Karibal Ko,” told the Inquirer.

Lotlot will have a small role in “Beauty Queens,” an upcoming miniseries directed by Joel Lamangan for iWant. Although she will only appear in one out of six episodes, Lotlot is thrilled about the project because she gets to play a lesbian character—something she had to audition for. “You don’t stop learning as an actor. There’s always something new to discover. We learn from the people we work with, from the experiences we have,” she pointed out.