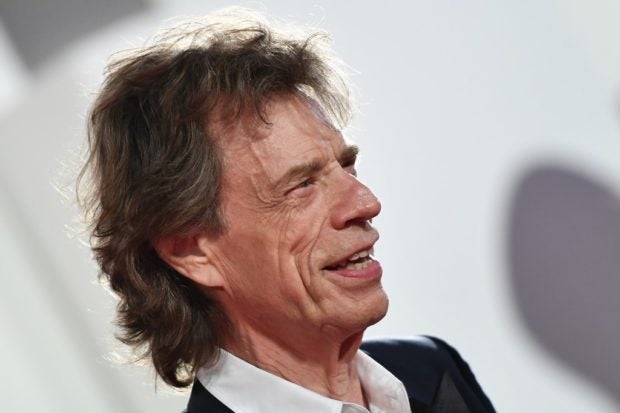 Mick Jagger at the screening of the film “The Burnt Orange Heresy” during the 76th Venice Film Festival at Venice Lido. Image: AFP/Alberto Pizzoli via AFP Relaxnews

This year, Rolling Stones frontman Mick Jagger is returning to the big screen in the upcoming neo-noir thriller “The Burnt Orange Heresy”.

The film, directed by Italian filmmaker Giuseppe Capotondi, is adapted from Scott B. Smith’s 1971 crime novel of the same title.

Cassidy tasks Figueras to steal a rare masterpiece by his protégé Jerome Debney (Donald Sutherland), in exchange for a career-booming interview with the legendary reclusive artist.

Last October, Capotondi discussed with Billboard his collaboration with Jagger for “The Burnt Orange Heresy”, which the director described as a “Faustian tale.”

“We heard that he was looking for a last film to make and so we sent the script. He liked it and I went to London to see him. It was very unnerving before going in, but he’s just a gentle soul. He wanted to do it and then when he was on set, it was just like any other director and actor. He wasn’t a Mick Jagger from the Rolling Stones,” he explained, adding that the 76-year-old rock star brought “some histrionism to the character.”

This is not the first time that the Rolling Stones legend will bring his talents to the big screen.

Jagger has appeared in numerous films over the years, including 2003’s Australian western “Ned Kelly” and 2001’s thriller “The Man From Elysian Fields”.

More recently, the “You Can’t Always Get What You Want” vocalist reissued his entire solo catalog on vinyl last Nov. 2.

My complete solo album catalogue has been remastered on vinyl and is available to pre-order now – out December 6! https://t.co/swHr4MCZmH pic.twitter.com/7Bmmhk6Euy

Among them are 1985’s “She’s The Boss”, 1987’s “Primitive Cool”, 1993’s “Wandering Spirit” and 2001’s “Goddess In The Doorway”, with all four albums being remastered by veteran engineer Miles Showell at London’s Abbey Road Studios.