Hugh Grant, turning 60 this year, on ‘trying to be a young father in an old man’s body’ | Inquirer Entertainment
Close
menu
search

Hugh Grant, turning 60 this year, on ‘trying to be a young father in an old man’s body’ 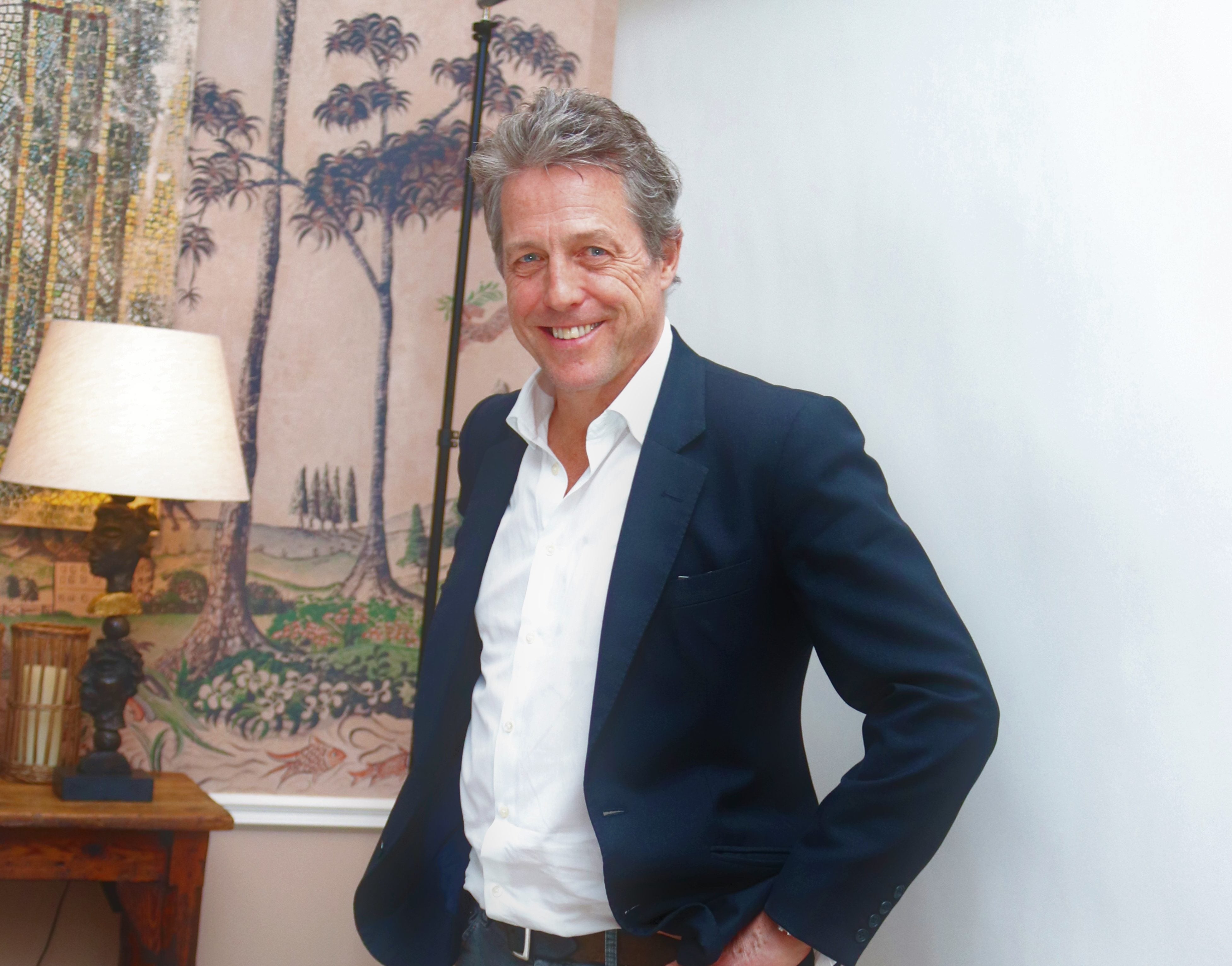 LOS ANGELES—When it comes to dry, self-deprecating humor, Hugh Grant dishes it better than most Brits. Through the years, Hugh has become even better at delivering bon mots with a straight face.

Sitting down for an interview at The Whitby Hotel in New York, the London native was almost nonstop with his deadpan witticisms.

Craggy faced now but still charming as ever, Hugh talked about turning 60 this year, being a dad of five kids at this stage in his life, and playing a sleazebag private investigator and aspiring screenwriter in Guy Ritchie’s “The Gentlemen.”

The man who was in a relationship with Elizabeth Hurley for 13 years (they’ve remained friends—he’s a godfather to her son) has three kids (born 2012, 2015 and 2018) with his wife, Swedish TV producer Anna Eberstein, and two (born 2011 and 2012) with Tinglan Hong, with whom he had a “fleeting affair,” according to the actor’s publicist.

Hugh was quoted as saying that he thought about entering politics, but decided instead to campaign actively to stop a Conservative government in the United Kingdom.

There are other Asian actors aside from Henry—Tom Wu, Jason Wong and Bruce Chong, among others—but reviews by two British newspapers, The Independent and The Guardian, have mentioned the film’s “casual racism.”

How will you celebrate your milestone birthday this year? I’m going to a clinic in Switzerland called Dignitas to end my life. They do it very gently. Perhaps that’s a little negative, but that’s how I plan to celebrate.

How will you really celebrate? I’ll probably have a party. I have friends who always make me have a party, anyway. One of my political friends, whether I want it or not, just fixes a party. One of his tricks, because he’s always trying to improve our campaign, is to invite people who have done terrible things to me. 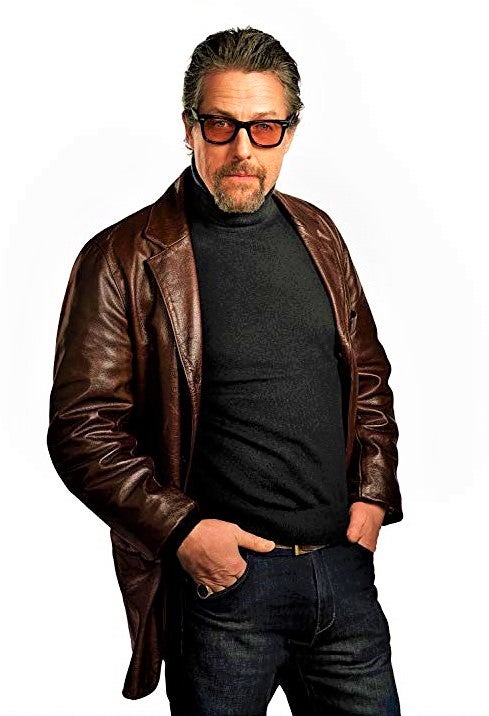 Any life lessons you’ve learned? The one about money is quite good. Don’t do anything for the money. Build your house on—what’s the thing in the Bible—on rock, not on sand. That’s a good lesson.

And if you never have any self-esteem, you’re quite a toxic person. I’ve come across that. A lot of people who have inherited money, for instance. They think, why do I feel uncomfortable in this environment? It’s because they’ve never achieved enough. And if you don’t achieve, you don’t have self-esteem, then you get nasty. So, you have to work. But I don’t know how to make my spoiled children do that. With the whip, maybe.

How has fatherhood changed you? I’m trying to be a young father in an old man’s body, and it’s rough. I don’t get to play golf anymore. But I’d say it’s worth it. It’s just damned nice, isn’t it?I haven’t realized what a long gap there had been between leaving one family when I was 19 and then having another one, that was a few years ago. You need a family. I get that now. I had turned into a slightly scary, old, golf-addicted bachelor, and I am glad to see the back of him.

What are you shedding as you turn 60? Hair. But not pounds.

Do you see yourself living a quiet life in Switzerland, for example? I am always slightly envious of the way Vladimir Nabokov spent the last 10, 20 years of his life. He lived in Lake Geneva in a grand hotel with his wife. He had finally made some money. I think that would be quite at peace. I see myself looking out over the lake and catching butterflies the way he did. It would be rather nice—my children coming to visit with my lovely wife (Anna Eberstein). I’m very lucky. I have a great wife.

How much did you enjoy being sleazy in “The Gentlemen”? You were very good. I take that as a compliment. Yeah, it was lovely. I find myself increasingly drawn to, and comfortable in, revolting roles. The more revolting, the better.

Did you base your performance on sleazebags you know in your real life? Not one particular sleazebag, but you may have read, I do now know some private investigators who have worked for the tabloid press and in fact who hacked my phone, burgled my flat and stole my medical records. But only enough have now come over to my campaign because they’re after the big cheeses who got off scot-free, so I use them a bit. You know, clothes, hair, sunglasses, that sort of thing. Voice a little bit.

These people used to work as private investigators, very shady ones, and who were involved in criminality. I had bizarre lunches with them, really, but we got on very well.

Did they teach you certain mannerisms or tics? One thing I did pick up, which I don’t think is exclusive to private investigators—there is a grandeur. There was a real, “Let me tell you, I was the best at what I do. You can get cheaper guys, but I was the best.” I thought that was quite useful, because Fletcher in this film has a kind of insecure, narcissistic grandeur.

But really, character building—I do a lot of it just sitting in my flat inventing [character back story]. So, I wrote a whole biography of this guy. I think he was the guy at school who wanted to be in with the cool kids and wasn’t. He was a bit nerdy.

I think he stole keys. He would get into the headmaster’s office. He’d ask the kids, “Do you want to come?” And no one really did. He liked the slightly criminal ones. He liked them in movies, as well. That’s why he got addicted to films. This is all my backstory.

It’s fun to watch the camaraderie onscreen, even though your character didn’t have…Any friends?

Yes. It must have been a fun set. I almost enjoyed it, which is a lot for me, because I’ve been consistent on this for at least 30 years. Filming consists of long periods of boredom, interspersed with tiny moments of terror. The technology is ancient, it goes back a hundred years, and so it’s very slow.

So, I never think it’s fun exactly. But until it’s done and people like it, then it’s lovely. But I liked Charlie (Hunnam) very much and really, I had done all my scenes with him.