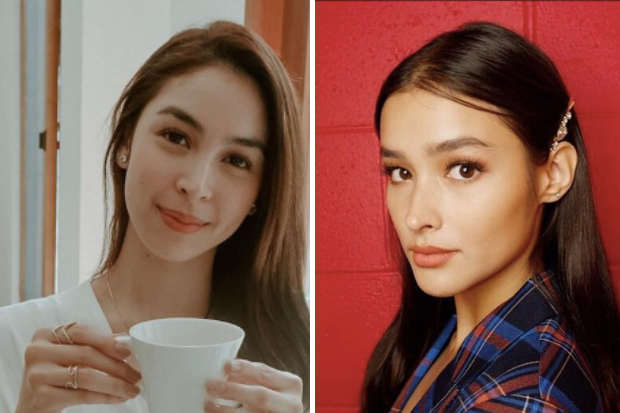 Julia Barretto seems to be willing to experiment with roles as she revealed that she is ready to play a lesbian if partnered with fellow actress Liza Soberano.

After some fans proposed to film outfit Black Sheep that they should create a movie starring the two actresses as a lesbian couple, Barretto expressed that she will oblige if it happens.

“LESBIAN MOVIE FOR @lizasoberano PLEASE HEAR ME OUT  @Black_SheepPH @danvillegas @tonetjadaone,” she said on Twitter yesterday, Jan. 22, accompanying her post with a series of photos of Soberano wearing a cap.

Fans are unsurprisingly liking the actress’s sentiment and have expressed their support for such a movie to be made.

“I love you J,” @creselsantillan said in reply, sharing an intimate photo collage of the friends Soberano and Barretto.

“OMG bet, something new and as early as now pls take my money for this,” Twitter user @nextchapter_JB meanwhile said.

OMG bet, something new and as early as now pls take my money for this #CopyPasteWithYou

Barretto is set to appear in director Mikhail Red’s zombie film “Block Z”, which will premiere on Jan. 29. Soberano is currently starring in the lead role with partner Enrique Gil in ABS-CBN’s new television series “Make It With You”, which debuted on Jan. 13. NVG

WATCH: Julia Barretto and sister Claudia open up on dealing with controversies