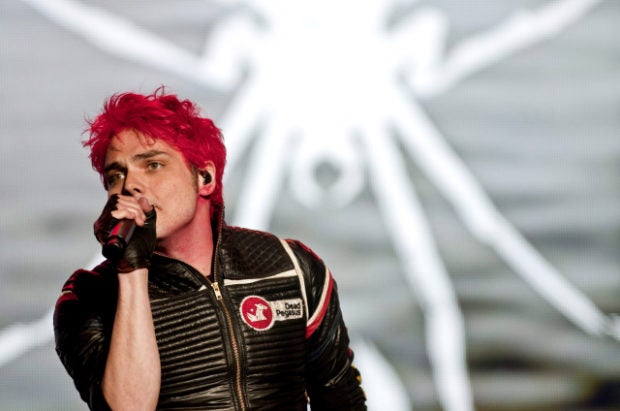 Last December, “The Black Parade” rockers played their first concert as a band in over seven years at the Shrine Expo Hall in Los Angeles.

In addition to announcing more reunion shows, My Chemical Romance recently shared the first taste of new music in a video posted on their YouTube channel.

The two-and-a-half-minute clip, titled “An Offering…”, follows cloaked figures with skulls for faces walking through a haunted forest, with one of them throwing a dagger in the middle of a giant pentagram painted on the ground.

An untitled instrumental soundtracks the spooky visual, which ends with the announcement of a concert on June 20 at Stadium MK in Milton Keynes, England.

My Chemical Romance dropped their last and fourth studio album, “Danger Days: The True Lives of the Fabulous Killjoys”, in 2010.

The alternative rock band momentarily ceased to exist in 2013 when frontman Gerard Way alerted fans, “My Chemical Romance is done.”

“But it can never die. It is alive in me, in the guys, and it is alive inside all of you. I always knew that, and I think you did too. Because it is not a band — it is an idea,” he wrote in a statement.

Last November, the band announced the end of their six-year hiatus from music, also revealing that they would perform as part of Melbourne’s Download festival from March 20 to 21, and in Japan on March 29.