Netflix global subscribers on the rise but slower growth seen 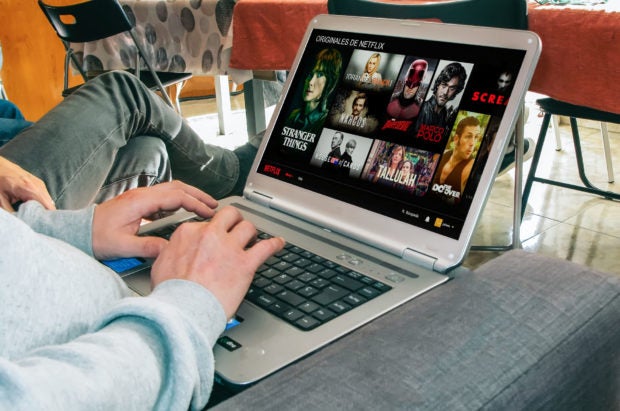 Netflix added a better-than-expected 8.8 million subscribers worldwide to hit 167 million, but growth in North America was below forecasts. Image: Shutterstock/Diabluses via AFP Relaxnews

Netflix said Tuesday it added millions of new subscribers globally over the past quarter as it prepared for a tougher competitive landscape, but scaled back its outlook for early 2020.

Netflix added a better-than-expected 8.8 million subscribers worldwide to hit 167 million, but growth in North America was below forecasts with 550,000 new members, including 420,000 in the United States.

After-hours trading showed Netflix shares in a narrow range, dipping slightly and then rising about 2.2%.

Netflix said it expects to add around seven million new subscribers in the first quarter of 2020, well below the level logged in a record-setting quarter a year ago.

“We have seen some elevated churn in the U.S. from [a] combination of pricing and competition,” chief financial officer Spence Neumann said during an earnings interview.

“We anticipate competition to roll out globally throughout the year, so we are trying to be prudent thinking about the impact throughout the business.”

The California-based company scaled back expectations for the current quarter, with nascent services such as Apple TV+, Disney+ and soon-to-launch rivals such as NBC’s Peacock now competing for viewers.

With so many media and tech companies wading into streaming services, a cultural shift from “linear” television consumption — such as through cable services — to streaming entertainment could be on the horizon, according to Netflix executives.

“We’ve had the same strategy basically for 20 years — please our members and they help us grow,” Netflix chief executive Reed Hastings said in an earnings interview.

“In the next decade, expect to use the great resources we have to do even better.”

Netflix, whose hit original shows include “The Crown” and “Stranger Things”, is strong in many global markets outside of its stronger competition in the U.S., having bolstered its lineup of international shows.

“Netflix will need to continue to produce hit shows as Disney, Apple, HBO and others launch and scale new services,” Haggstrom said.

“Netflix’s scale allows it to reach mass audiences, which makes it easier for them to create hits when compared to newcomers to the market.”

“We compete a lot for viewing with YouTube, and viewing per member is up — that is all coming from linear TV.”

Netflix noted that it is changing the way it calculates the popularity of shows. Previously, 70% or more of a film or television show had to be watched to count as being viewed at a household.

Under the new method, a show will only need to play for at least two minutes for a view to be counted, deemed “long enough to indicate the choice was intentional,” Netflix said in a letter released with the earnings figures.

“Given that we now have titles with widely varying lengths — we believe that reporting households viewing a title based on 70% of a single episode of a series or of an entire film, which we have been doing, makes less sense,” Netflix said.

The new method is similar to the way YouTube counts views, and results in viewer counts being about 35% higher, according to Netflix.

No plans for ads

Hastings held firm that Netflix has no plans to get into the online advertising business, saying the company is not interested in battling with Amazon, Facebook and Google in that market.

“We are really focused on just making our members happy,” Hastings said.

“We want to be the safe respite where you can enjoy, be stimulated, have fun and relax with none of the controversy around exploiting users with advertising.” CL/NVG