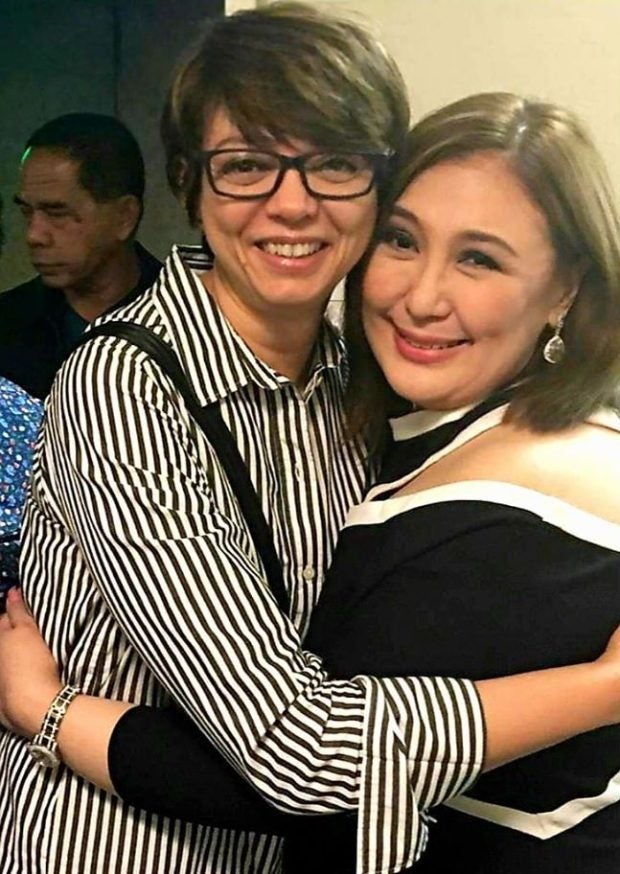 Sharon Cuneta stayed true to the saying that “the show must go on” as she sang alongside Odette Quesada during the latter’s concert last Saturday, Jan. 18, despite sustaining a minor fracture to her skull.

The Megastar recalled how she had sustained the injury on her Instagram page yesterday, Jan. 20.

She first expressed her gratitude to God for being able to perform with Quesada, who wrote the 1990s tune “To Love Again” for Cuneta when she was 17 years old and Quesada was just 18.

She then narrated that she was taking a shower before the concert’s soundcheck on Jan. 18 when she suddenly slipped.

When she tried to sit up after slipping, the back of her head accidentally hit  the edge of a marble seat-like object in her shower. Cuneta emphasized that “it really hurt,” and said she immediately called her husband, Sen. Kiko Pangilinan, who helped her stand up.

Despite her minjury, Cuneta nsisted on performing at Quesada’s concert, saying, “I am not letting the devil take away any more joy from me. I am singing for Odette. Mamaya na ospital (the hospital can wait)!”

Prior to the shower incident, Cuneta said she had the feelings that demons had been attacking her since the start of the new year. She also spoke about how she was fooled by two people she had trusted, without elaborating.

“So I arrived at the venue holding an ice bag to my head, and cried like a baby in the dressing room, not knowing talaga kung kakayanin ko (if I could really do it),” Cuneta said.

Despite her worries about her injury, Cuneta continued with the scheduled soundcheck and the performance in the evening. During the concert, she sang four songs before heading to St. Luke’s Hospital in Bonifacio Global City, Taguig, with Pangilinan and their daughter Frankie.

When they got to the hospital, Cuneta underwent a CT scan and found out that she had a “top layer fracture.” However, she told her fans not to panic, pointing out that the injury can heal on its own.

The Megastar said she is currently on ice packs and pain killers while she and her family watch out for nausea, dizziness and blurred vision.

“Thank God only a bit of dizziness, but TERRIBLE HEADACHES that have been traveling all around my head,” Cuneta added.

She also asked her fans and loved ones to pray her for, adding she feels “better now but not out of the woods yet.” According to Cuneta, she is set to meet with her doctor tomorrow.

Cuneta also reiterated how determined she is to perform despite any obstacles, saying, “The devil can do cartwheels until it’s winter in hell but nope – I AM NOT LETTING HIM WIN. I will do my God’s work as long as [I] can.”

“Kahit nakawheelchair pa basta makakakanta magcoconcert ako (Even if I am in a wheelchair, I will still appear in a concert as long as I can sing)!” she stated.

She then congratulated Quesada and others involved in the concert for a “wonderful show.” Besides Cuneta, other celebrities such as Kuh Ledesma and Martin Nievera also appeared as guests for Quesada’s concert.  /ra

LOOK: Regine Velasquez, Sharon Cuneta gear up for concert together