The Fil-Am stand-up comic has an uncanny sense of finding humor in Filipino habits and quirks
By: Allan Policarpio - Reporter
Philippine Daily Inquirer / 12:05 AM January 21, 2020 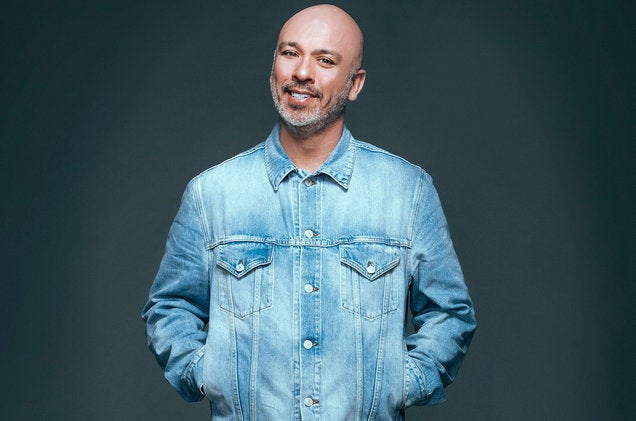 When not cracking jokes, Jo Koy talks about Filipino pride.

Jo Koy had just taken the stage and had barely uttered a single joke. But the mere manner with which the 48-year-old stand-up comic mimicked a typical Filipino’s English accent was more than enough to get the ball rolling: The packed audience inside the SM Mall of Asia Arena was already rolling with laughter, cheering and yelling his real name — “Josep!”

For the first time in 38 years, Joseph Glenn Herbert—the Filipino-American stand-up comic whose hilarious Netflix specials made a household name out of him in the Philippines in recent years—flew to the “motherland” for his “Just Kidding” world tour.

Music artists travel around the world to perform the very songs they recorded on their studio albums. That’s not how things work in comedy, Jo said. If he were to make the same jokes he used in his previous routines, a gaggle of aunties would have already stormed out and formed a line outside the manager’s office, asking for discounts … or free merchandise.

Luckily, the couple of days he had spent in the country seemed to have given him more than enough material to work with. Heck, even his short car ride to the venue was a joke in itself.

“I was outside, just 700 meters away and it took me 45 minutes to get here. The GPS told me that I could either stay or just walk!” hollered the 48-year-old comedian, who was “at a loss for words” to describe Manila traffic. “I’m still trying to figure it out. There are road lanes, but no one gives a f*ck. Motorcycles give zero f*cks for cars … Oh my God!”

With him in this trip was his teenage son, Joseph Herbert Jr., who fell in love with the local fast-food chain Jollibee. Every day, “Lil Joe” ate burgers and spaghetti. Now the spaghetti, Jo said, is something he always recommends to his American friends. “It’s dinner and dessert at the same time!” he quipped.

“And how much longer are we going to celebrate Christmas?” he asked the crowd, referring to the holiday lights and decor that are still up around the city. “It’s over!”

The core of Jo’s comedy is mostly sourced from his well of hilariously relatable experiences as a half-Filipino, half-Caucasian boy, growing up in the United States. His mom—who could ever well be every Filipino child’s mom—is one of Jo’s go-to punchlines. Jo also has an uncanny sense of finding humor in otherwise banal or, even annoying, Filipino habits and quirks. 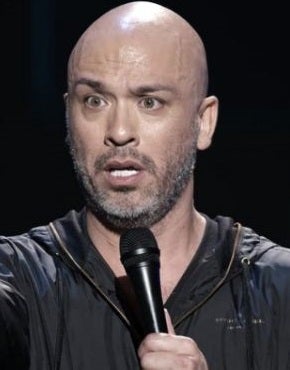 This is what the audience came for, and Jo gave them exactly what they wanted … and then some.

He pointed out how Filipinos seem to be always in so much pain. “My mother has been dying since she was 40,” he said. A Filipino, no matter where he goes, will look for a tabo. Filipino time is no joke: We would probably be late for our own funeral, he jested.

Jo had everyone in stitches as he talked about never-ending family dramas or grudges that stem from the pettiest of things—like how moms would fume at a cousin for not bringing food to a Christmas party potluck years back. “But there she was, eating everyone else’s food!” he said, drawing laughter. “And there’s take-home pa!”

He poked fun at how all middle-aged ladies in the audience seemed to sit with their bags on their laps and slung across their shoulders. He then raided their purses to prove his theory that Filipinos never buy food at concessionaires inside the venue, because we always try to sneak our own food in.

Jo lamented at how his mother made him do Michael Jackson’s signature moonwalk for her friends and guests until he was in his 30s. He looked back at the time he figured in a motorcycle mishap and begged the police to just put him in jail instead of bringing him to his seething mother.

And because Filipinos can’t live without singing, the gig turned into an impromptu and rousing karaoke session to R&B hits from the 1990s—all the while, the audience waved their lighted cellphones aloft.

When he wasn’t cracking jokes, he talked about Filipino pride and his yearning for representation in the Western media. “It’s hard to be a comedian if you’re a half-Filipino, half-American, trying to find your own identity. On television, I tried to look for a comedian who looked like me—half-Filipino, full-Filipino—I didn’t see it,” he said.

That’s why he made sure to pin a Philippine flag on his chest when he performed at “The Tonight Show” back in 2005.

“I wanted to inspire, just in case another Filipino kid who wants to be a comedian is out there watching,” said Jo, who was one of the few comics to earn a standing ovation on the said program. “So he believes that he can do it, too, because he saw me do it.” INQ