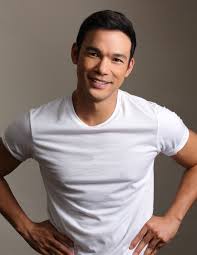 “Waking up in the morning beside the one you love is such a nice feeling,” Mark Bautista’s friends who are either married or in a relationship would tease him every so often.

Fair enough. But waking up alone is just as nice, he insisted. “You have all the time to yourself,” he pointed out to reporters at a recent press conference for “1 for 3,” a concert he will headline with Aicelle Santos and Christian Bautista on Feb. 1 at the Theatre at Solaire.

“People put a lot of pressure on themselves for Valentine’s Day, when it could be just any other day,” added the 36-year-old theater actor, who came out as bisexual in 2018 through his book, “Beyond the Mark.”

While he does go out to meet new people, Mark isn’t dating anyone in particular at the moment. “May mga nagpaparamdam … I don’t want to be choosy, but ayoko rin namang sugod lang nang sugod. I have yet to find someone who make me go, ‘OK, this is it,’” he related.

The last time he fell in love was two years ago, with a costar in the musical “Here Lies Love.” The relationship, however, wasn’t clearly defined, he said, and lasted only as long as the show’s run in Seattle, Washington in 2017.

Looking back, what they had was nothing more but a “show-mance.” “There’s such a term, it turns out! When you’re with someone for so long during a show, romance can develop. But it eventually fizzles out as soon as the show is over,” he related. “It didn’t work out.”

But the “breakup” still stung, enough to make him write a song called “Halik sa Hangin.” “I had something to draw inspiration from,” he said. “Don’t say, ‘I love you,’ if you don’t mean it. Sometimes, a person can be sweet or make you feel loved when it’s not the case anymore.”

It took a while before he realized that he’s also capable of writing songs. And so, one of his goals this year is to continue honing that facet as an artist. “I want to take it seriously,” stressed Mark, whose composition “Bakit” was used as the local theme song of the Korean series “Gourmet” in 2011.

His latest work is a wedding song, “Simula,” which is recorded also by Aicelle and Christian. “It’s about starting a new life chapter with the perfect person for you,” he said, jesting that the song obviously isn’t based on his own experiences.

“Of course, the emotions we feel mostly come from the things you go through. But I also observe other people or look into their lives,” he added. “It began from the word ‘simula,’ and I kind of just thought of a concept around it.”

“I figured I would write a wedding song because I realized that most of the songs I have written are sad or about heartbreak. It was as if nothing good was happening in my life!” related Mark who will also direct the song’s music video. “It’s my first time to embark on such a project.”The year 2020, it seems, is shaping up to be a time for creativity. “Sayang naman kung iniipon mo lang sa loob. Ilabas mo ang juices—creative juices,” he quipped, drawing laughter.

Meanwhile, Mark couldn’t hide his disappointment over a recent blunder: Earlier this month, he missed an invitation to audition for the principal role of Disney’s “Aladdin” for Broadway, because he saw the e-mail too late. And for a while, he was hounded by what-ifs.

“I would have booked a last-minute flight to New York. My friends and fellow artists were all very supportive, urging me to get in touch or e-mail back [the casting director] because it was a once-in-a-lifetime opportunity,” he said. “But things move along very quickly over there. You can’t really ask for another schedule, because there are a lot of talents out there.”Being part of “Aladdin” would have been a dream come true. “Nanlamig ako. I’m flattered I’m on their radar, but I wonder what could have happened had I made it to my appointment. What were the odds?” Mark wondered. “But maybe there are other things in store for me.”

Directed by Mel Villena and Paolo Valenciano, “1 for 3 will have Mark, Aicelle and Christian performing pop, jazz and Broadway hits. Part of the proceeds will benefit the humanitarian organization World Vision. INQ