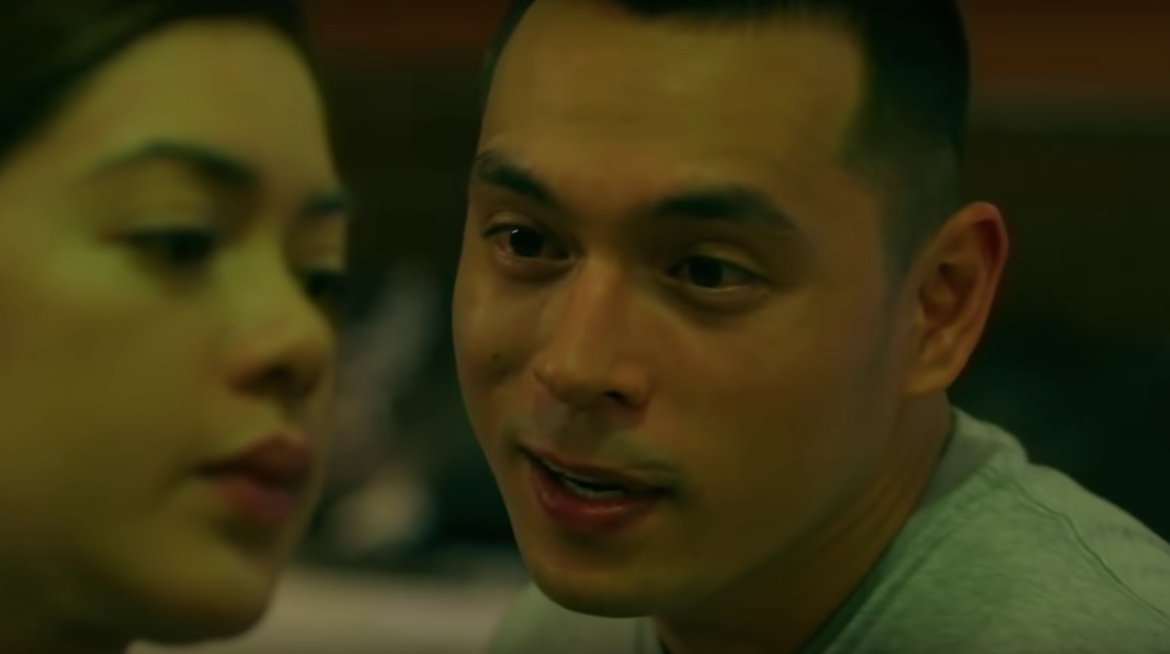 Shaina Magdayao (left) and Jake Cuenca in “The Haunted”

She’s my favorite leading lady,” Jake Cuenca said of Shaina Magdayao, who plays his wife in the horror-thriller series “The Haunted.” He said he agreed to do the project even before he saw the script because Shaina would be in it.The two were last seen together in “Kung Ako’y Iiwan Mo” in 2012. Jake claimed their relationship never took a romantic turn in spite of their closeness. “What’s interesting about our relationship is that we’re always there for each other during tough times,” he told reporters. “She saw me when I was feeling super down. The same thing happened with her—as a person who worked with her for so long, inalalayan ko rin s’ya.”

Jake is currently dating beauty queen-turned-actress Kylie Versoza, while Shaina has been single since she broke up with John Lloyd Cruz in 2012.

Jake added that “more than physical attraction, there’s genuine love for each other. I can’t say may malisya … Working with her today, even after seven years, felt like no time was lost.”

At a recent media gathering, Jake was asked whether there was any particular past love that continues to “haunt” him to this day. ‍‍‍‍To this, the actor replied: “For me, what’s done is done. There’s no point in looking back. I simply focus on what I need to accomplish for the day. Although as an actor, I know that I also have to cherish these memories because I look back at them sometimes, when I need to feel something in a particular scene for a project I’m making.”

Being that he was promoting a horror series, Jake was likewise asked what he feared the most. Jake said: “Nothing much, especially when I was younger. Now that I’m more mature, I worry about the safety and security of my loved ones. I think about them whenever I fly away for work. I’m guilty of overthinking. I know I can’t baby them all the time, especially my nephews and nieces. I have to know how to balance things. I also have to let them figure things out on their own.”‍

Compared to working on the horror-thriller film “Eerie,” Jake said doing “The Haunted” has been a breeze. “The character I played in ‘Eerie’ had an out-of-body experience. I really prepared for that. I did method acting. I didn’t talk with anyone on the set for three days,” explained Jake. “For this series, I went to the set very open to any ideas from my director and coactors.”

“The Haunted,” which airs every Sunday night on ABS-CBN, is directed by Emmanuel Palo and also features Denise Laurel. It revolves around Aileen (Shaina), a loving mother who is trying to rebuild her strained relationship with her husband Jordan (Jake) mainly for their daughter, Angel. Aileen and Jordan’s relationship will again be put to the test as the ghost of a scorned woman starts to haunt them.

“It helps that I’m working with people who are close to me. I’ve known Shaina for 18 years. Our first scene was a very emotionally draining one, but we did it as if seven long years didn’t pass us by,” the actor recalled. “We can be vulnerable in front of each other, and that’s OK. We helped each other make the scenes work.”