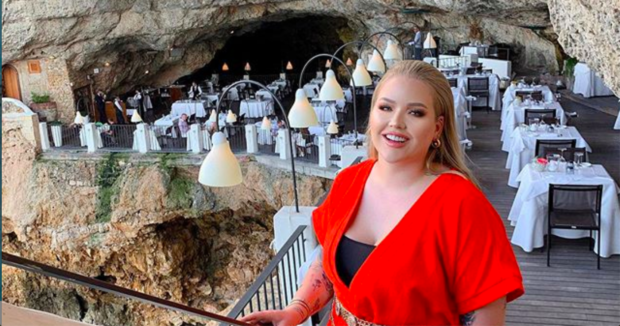 Dutch YouTube celebrity Nikkie de Jager, whose makeup advice channel NikkieTutorials has millions of followers around the world, has come out as transgender, saying she took the decision to share her story after being blackmailed.

“When I was younger I was born in the wrong body which means that I am transgender,” she said. By Tuesday afternoon, the video posted late Monday had been viewed more than 16.5 million times.

“Oh my God, this feels so liberating, you have no idea,” she said in the video. “For 11 years that I’ve had my channel this has been with me, and I always wanted to share this with you, but I cannot believe that after today the world will know.”

De Jager said she had always planned to share the information with her followers, but never found the right time. In the end, blackmailers forced her hand.

“I have been blackmailed by people that wanted to leak my story to the press, and at first it was frightening,” she said. “It was frightening to know that there are people out there that are so evil that they can’t respect someone’s true identity. It is vile and it is gross.”

In the video, she revealed that she had always felt like a girl, began wearing dresses when she was age 7 or 8, and started taking hormones at around age 14. By 19-years-old, she said she had made the “full transition” to being a woman, she said.

“Today’s the day. I am free and I get to be me, finally,” she said. “Please know that this doesn’t change anything about me.”

In a post on Instagram Tuesday, she thanked her followers for the “incredible amount of love and support” she had received since posting the video. RG