‘Jojo Rabbit,’ ‘The Farewell’ mine dark themes to comedic perfection 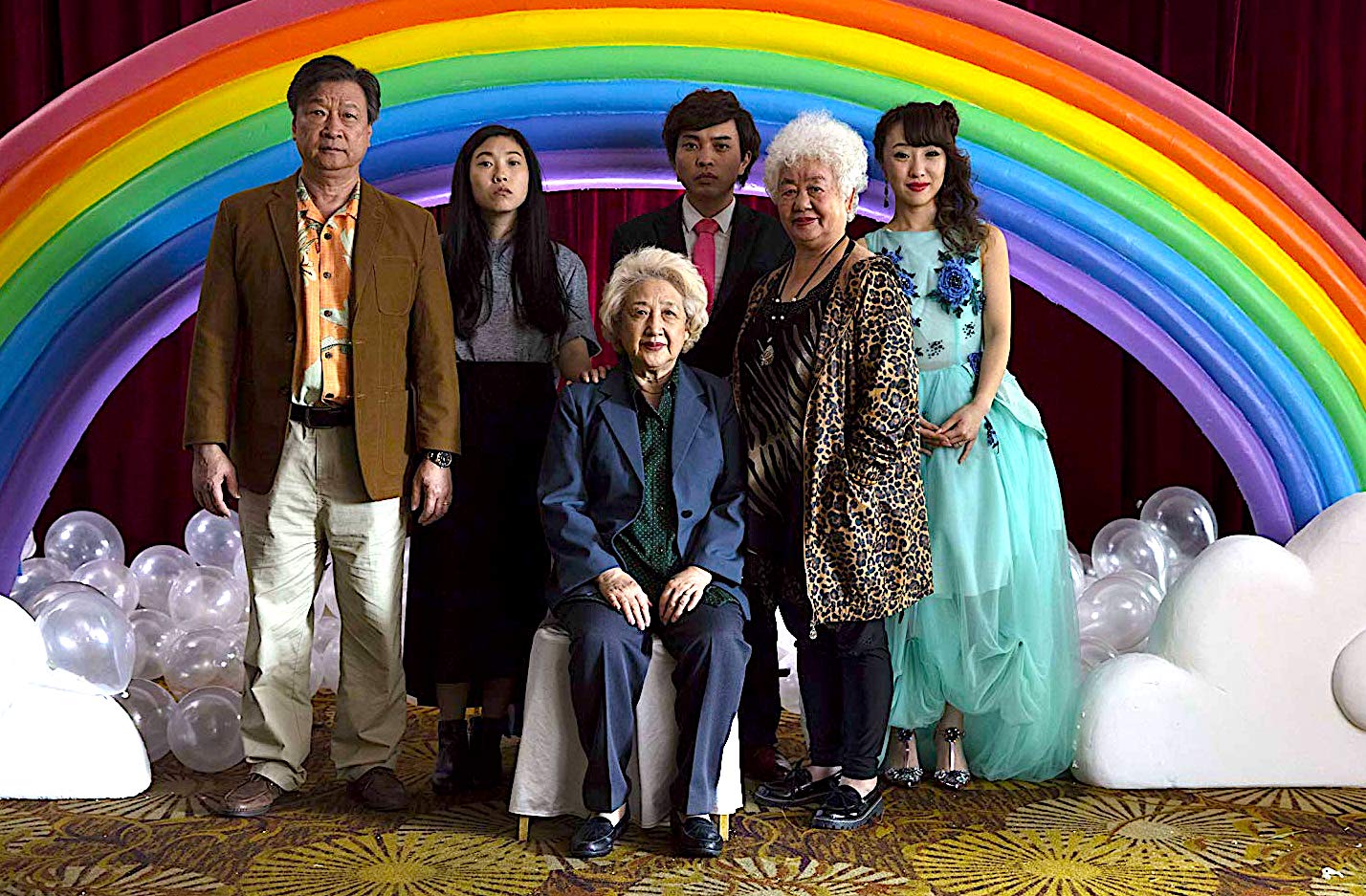 On the other hand, Taika Waititi’s “Jojo Rabbit” drew criticism for its comedic portrayal of Nazis and Adolf Hitler’s virulent brand of racial discrimination in World War II.

But while intimations of mortality or sowing seeds of hate is no laughing matter—after all, more than six million Jews were murdered by the despotic German regime in the second World War—not a few people turn to humor to leaven the pain or discomfort of a situation beyond their control.

Pinoys, for instance, always find something to smile or laugh about in the midst of calamities and tragedy, whether natural or man-made. It’s a coping mechanism more than a public display of masochism. 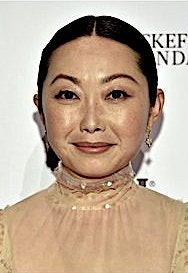 We were happy to hear from Disney Philippines’ Pam Mariano that “Jojo Rabbit,” the big winner at the 2019 Toronto festival in September, will be shown exclusively in Ayala Cinemas starting tomorrow .

The provocative and deeply insightful coming-of-age film, based on Christine Leunen’s “Caging Skies,” is a deceptive soft-soaping of Hitler’s intention to eradicate what the Führer deemed was an “inferior race.”

The actors’ winking performances seem like they’re delivered to play to the peanut gallery, but there’s really more to them than the cheap laughs they generate. Instead, what they end up accomplishing is keeping the film’s gritty themes from spiraling downward into excessive navel-gazing.

Set toward the end of World War II, “Jojo Rabbit” follows the exploits of the jingoistic Jojo Betzler (Roman Griffin Davis), a 10-year-old member of the Hitler Youth who spends his summer with his best friend Yorki (Archie Yates) attending a Nazi training camp run by one-eyed Captain Klenzendorf (Sam Rockwell) and his altruistic assistants Finkel (Alfie Allen of “Game of Thrones” fame) and wacky Fraulein Rahm (Rebel Wilson, in yet another idiosyncratic characterization after the painfully indulgent “Cats” musical). 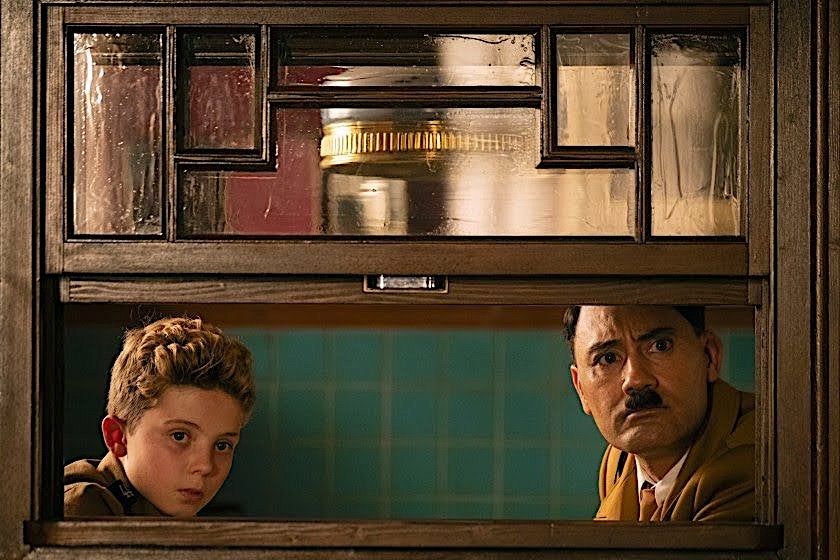 Meanwhile, his absent father hasn’t been home in two years and is reportedly serving on the Italian Front. His older sister Inge has recently succumbed to influenza.

After a bombing accident at the camp disfigures Jojo and sends him away limping, the impressionable tweener finds himself stuck at home, with only his imaginary friend, a Chaplin-esque iteration of Adolf Hitler (Waititi), to keep him company.

But Jojo’s world is turned upside down when he discovers what he considers his mother’s “shocking act of betrayal”: Rosie has allowed a beautiful but “despicable teenage Jew” named Elsa Korr (Thomasin McKenzie) to hide in their attic!

The only thing that stops Jojo from turning Elsa over to the Gestapo is the possibility that his discovery could also get his mother in trouble. But the more he learns about Elsa, the more he realizes that Jews aren’t the “mind-reading, job-grabbing, flesh-eating” monsters Hitler says they are.

But Jojo’s belated realization comes at a high price.

For many people, death comes like a thief in the night—it’s often unexpected and unannounced. But how do you prepare for the death of a loved one?

Aspiring Chinese-American writer Billi Wang (Awkwafina) has to put her “Westernized” sensibilities on the back-burner when she learns that her Changchun-based grandmother Nai Nai (Zhao Shuzhen) has been diagnosed with stage 4 lung cancer and has only a few months to live. The sad news about her paternal granny is the last thing Billi needs after learning that her application for a Guggenheim Fellowship, which she hoped would jumpstart her writing career, has been disapproved. She’s “very good,” so the rejection letter states, “but so were many others who applied for the grant.” 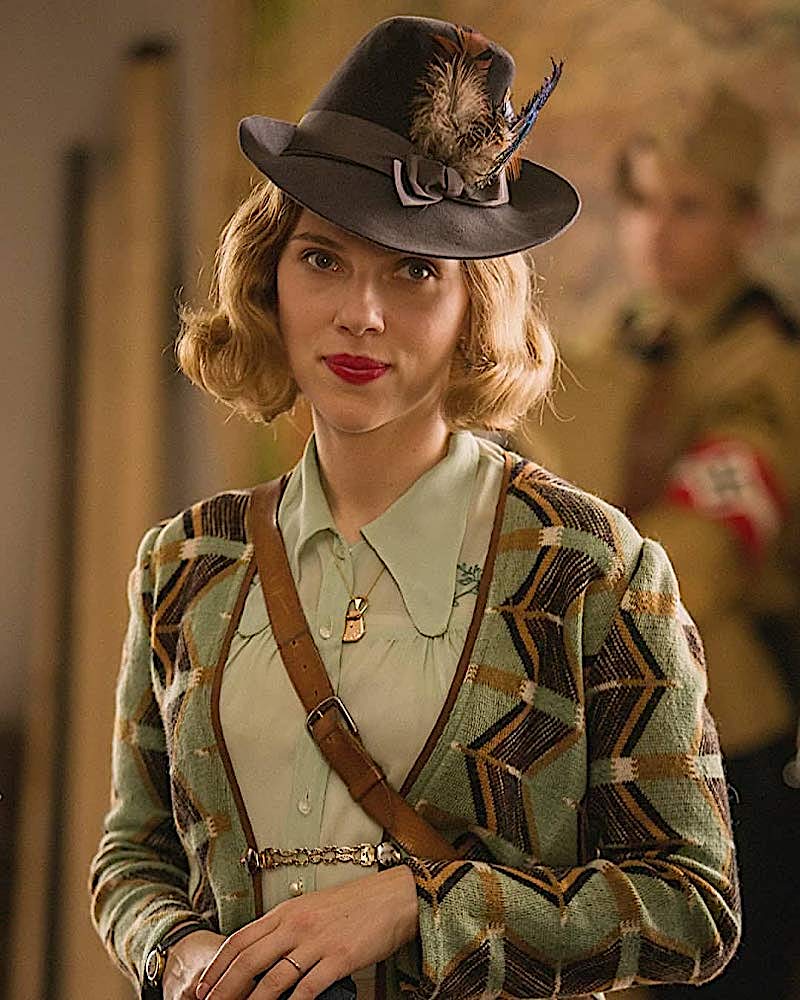 When her parents, Haiyan (Tzi Ma) and Jian (Diana Lin), decide to keep the poor prognosis a secret from the Chinese matriarch herself, it becomes doubly hard for Billi to lick the wounds of rejection because she’s told never to show her “grief” in front of her doting lola, who’s always been fond of her. In fact, when Nai Nai learns about the result of the Guggenheim grant, she commiserates with Billi by giving her unsolicited money to help keep her head above water till the next career opportunity comes along—a touching gesture that will surely resonate with grandchildren who have forged strong and unconditional bonds with their enabling grandparents.

To keep her from spilling the beans, Billi isn’t even invited to take part in the huge reunion the clan is cooking up to “send off” Nai Nai before her “date with destiny,” held in the guise of her cousin Hao Hao’s (Chen Han) marriage to his subservient Japanese fiancée, Aiko (Aoi Mizuhara). 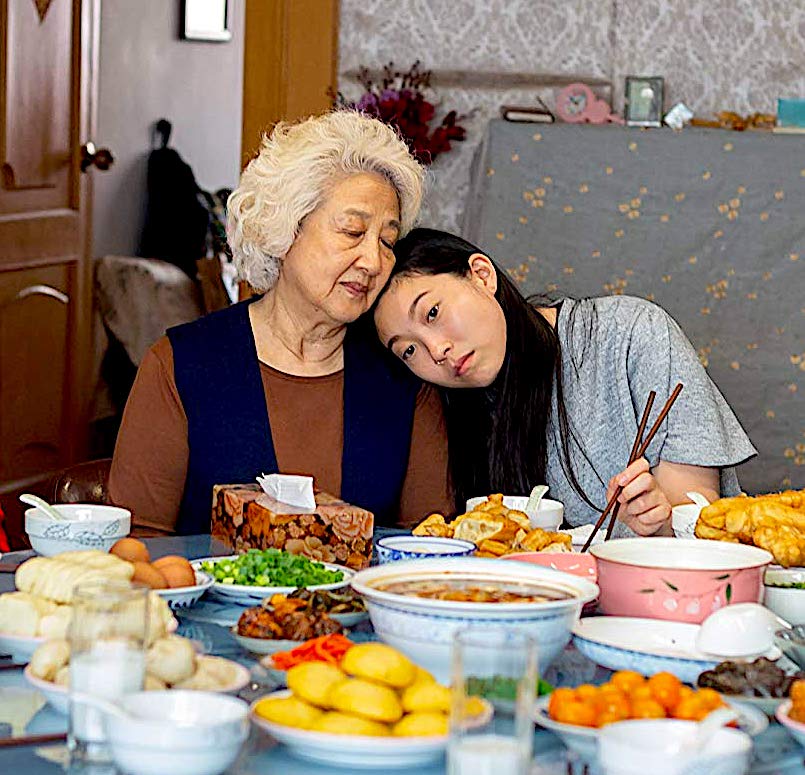 But when Billi flies home to China, against her parents’ wishes of course, to knock some sense into her family’s stubborn refusal to disclose Nai Nai’s life-threatening illness, she learns a thing or two about their family and important Chinese values that she once thought were “inferior, ill-advised and outdated.”

Billi soon realizes that happiness and man’s perception of success don’t always go together. And regardless of how painfully we suffer from failures in life, there will always be people who are ready to accept as much our imperfections as our triumphs.

Home is where the heart is, indeed. INQ