Justin Bieber’s wife to those who ‘belittle’ his Lyme disease: ‘Do your research’ 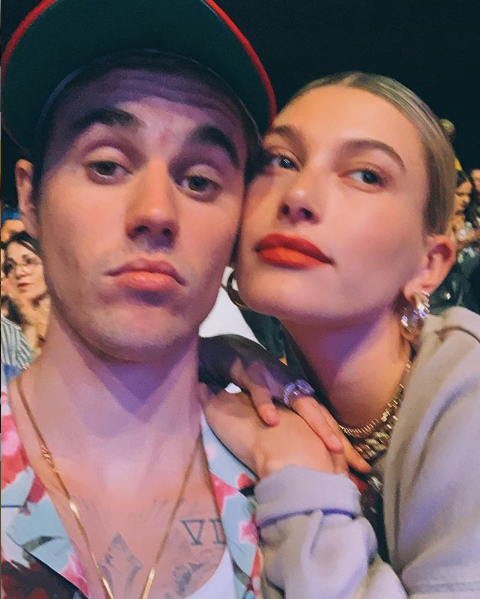 Model Hailey Baldwin is staying true to her vow to be with her husband, musician Justin Bieber, through sickness and in health, as she defended Bieber from people questioning the gravity of his illness.

Bieber confirmed that he has been battling the infection Lyme disease and a chronic case of mononucleosis (mono) on his Instagram account yesterday, Jan. 8. He was responding to an article written by TMZ which reported Bieber’s illness through second-hand sources.

The pop singer dismissed the claims that his change in appearance was due to drug use, then cited his new documentary series where he will disclose more information about his healing process.

Bieber’s wife appealed to those who were trying to downplay the disease to learn more about the illness.

“Please do your research and listen to the stories of people who have suffered with it for years,” Baldwin said on Twitter today. Jan. 9. “Making fun of and belittling a disease you don’t understand is never the way, all it takes is educating yourself.”

For those who are trying to downplay the severity of Lyme disease. Please do your research and listen to the stories of people who have suffered with it for years. Making fun of and belittling a disease you don’t understand is never the way, all it takes is educating yourself.

In a follow-up tweet, she also thanked the Hadid family, especially reality-TV star Yolanda Hadid, who suffered from the same disease, as well as her supermodel daughters Bella and Gigi. Yolanda wrote about her struggles on a memoir, “Believe Me: My Battle with the Invisible Disability of Lyme Disease”.

“[T]hank you […] for bringing me so much clarity and information on Lyme disease and for helping answer my questions about course of action, symptoms etc,” Baldwin said.

I wanna say a huge thank you to @YolandaHadid and @bellahadid and @GiGiHadid for bringing me so much clarity and information on Lyme disease and for helping answer my questions about course of action, symptoms etc. Love you 3 amazing women!

A fellow musician of Bieber, who Baldwin also sends her love to, is pop-rock star Avril Lavigne. “Thank you for all you do to educate people about Lyme,” Baldwin saluted her.

Lavigne responded by extending her sympathy towards Bieber’s condition, then sharing her own experience with Lyme disease.

“The fact that it’s hard to diagnose and is so debilitating was something I suffered through also,” Lavigne said in a retweet of Baldwin’s post.

The singer of the 2000’s hit song ” Sk8ter Boi” started The Avril Lavigne Foundation to support individuals who are fighting Lyme disease and other serious illnesses.

Thank you @HaileyBieber for your kind words. So sorry to hear about @justinbieber having to go through this awful disease. The fact that it’s hard to diagnose and is so debilitating was something I suffered through also https://t.co/nbCRTFWv53

Meanwhile, Justin Bieber did not disclose the cause of his Lyme disease. The infection is known to be usually transmitted to humans through tick bites.

Bieber’s documentary series, “Justin Bieber: Seasons” is set to be released on Jan. 27 on YouTube. JB

Hailey Baldwin to Justin Bieber: ‘Be my New Year’s kiss even when I’m 80’

Read Next
Ai-Ai delas Alas against same-sex marriage, declines attending gay friends’ weddings
EDITORS' PICK
EDITORIAL: To a bike-friendly future
The Best Tech Gifts For The 2022 Holidays
Pagasa: Warm, sunny Sunday in most parts of PH
House energy committee chair Arroyo bats for cheap electricity
Is it safe to talk politics again at family gatherings? ‘The Reconciliation Dinner’ shows us what that’s like
vivo’s coming to town to grant wishes with more holiday promos
MOST READ
LOOK: Vhong Navarro transferred to BJMP detention facility in Taguig
The Elephant Man in the Senate
Posh village as ‘shabu’ haven
LOOK: Zanjoe Marudo bonds with Ria Atayde, her family
Don't miss out on the latest news and information.