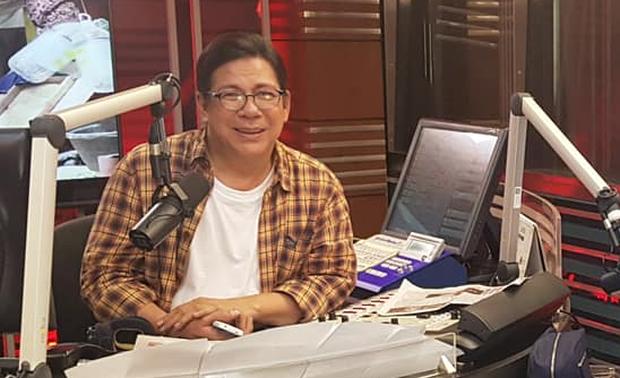 MANILA, Philippines — Radio host and showbiz columnist Jobert Sucaldito apologized Wednesday to actress Nadine Lustre after earning the ire of netizens over his “suicide” remark on air in the program “Showbuzz.”

“I would like to apologize to Ms. Nadine Lustre and to those who got bothered by that sa aspetong ito. I am also apologizing to my radio network DZMM for putting them in discomfort because of this,” Sucaldito said in a statement broadcast on DZMM.

The apology came after he received widespread backlash when he made a suicide-related comment on Lustre, denying her split with long-time boyfriend and actor James Reid.

[Isn’t that what they want? There are pictures where her behind is shown while wearing T-back in a building captioned with a cryptic message about wanting to jump. Hope she just jumped.]

Lustre earlier called out entertainment columnist Ricky Lo for an article he wrote about her breakup with Reid.

“We in ABS-CBN News take the issue of mental health seriously,” she said. “This was even the subject of a recent documentary that we produced. We are investigating reports that DZMM host Jobert Sucaldito uttered inappropriate and insensitive comments regarding Nadine Lustre’s state of mental health. Our journalists and other members of our team are accountable for their own-air statements.”