New in theaters, online: ‘The Grudge’, ‘The Gentlemen’, ‘Ghost Stories’ 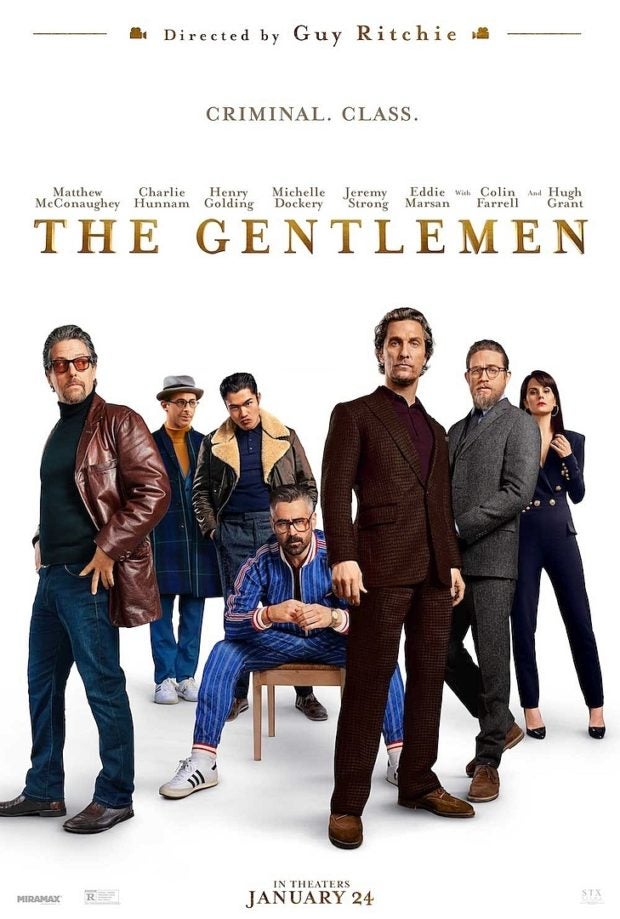 “The Gentlemen is a return to the gangster genre for Guy Ritchie after “RocknRolla” in 2008. Image: STX Entertainment via AFP Relaxnews

Two horrors bring the chills at the start of January 2020 thanks to another remake of haunted house story “The Grudge” and Netflix anthology “Ghost Stories”, while Guy Ritchie’s gangster action-comedy “The Gentlemen” begins its worldwide release outside of North America with openings in the United Kingdom and Ireland, South East Asia, and Oceania.

When Detective Muldoon is called about a murder that took place at a now-abandoned house, she comes to believe that she has been followed home by an evil entity. Starring Andrea Riseborough, Demián Bichir, John Cho and Betty Gilpin.

WATCH: Aaron Paul is back in the ‘Breaking Bad’ movie ‘El Camino’