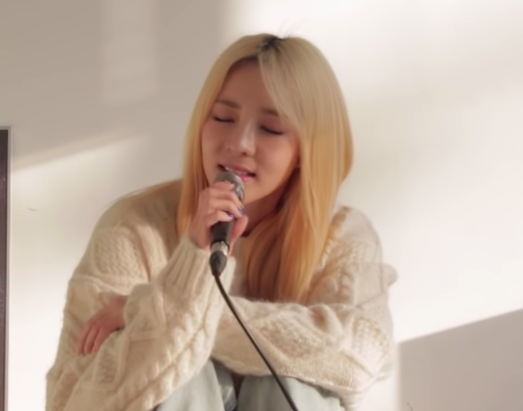 In time for the holiday season, K-pop star Sandara Park gifted her fans with a dose of nostalgia by covering the hit song “Ni Yao De Ai” from the classic Taiwanese TV drama “Meteor Garden”.

The singer said she hopes her cover gives fans “a warm feeling just like Christmas,” as seen on the video posted on her YouTube channel on Christmas Eve, Dec. 24.

“Hohoho Merry Christmas everyone! Here I brought a present for y’all,” she wrote in the description. “New Video! I know this is not Carol, not even related to Christmas but I’ve wanted to sing this song for a long time.”

“Ni Yao De Ai” was originally sung by Malaysian artist Penny Tai as part of the official soundtrack of “Meteor Garden”, which debuted in 2001.

“Meteor Garden”, based on the Japanese manga “Hana Yori Dango (Boys Over Flowers),” first aired in the Philippines back in 2003.

Park was a former member of K-pop girl group 2NE1, which disbanded in 2016 after a seven-year run.

She made her name first in the Philippines by appearing on the reality TV show “Star Circle Quest” in 2004, which led to her acting and singing career in the country.