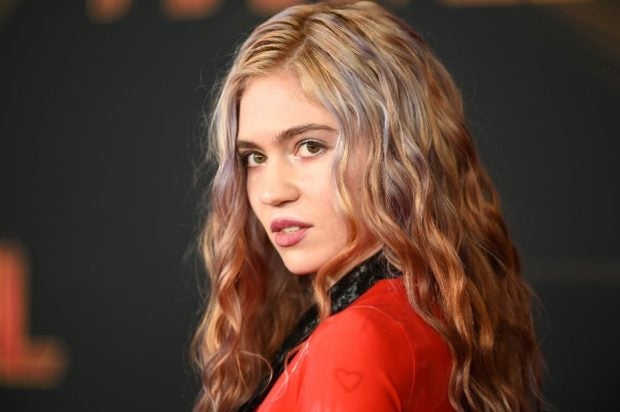 She recently opened up about the genesis of the highly-anticipated follow-up to her 2015 “Art Angels”.

“I actually think this album is extremely sick. This is probably my favorite album I’ve made. Which is shocking because usually I really hate my work in the year after I’ve made it,” she told Zane Lowe on Beats 1 Radio.

The artist, born Claire Elise Boucher, added, “the whole making of the album was a really negative, aggressive, isolating experience,” pointing out that some fans responded negatively to the concept behind “Miss Anthropocene”.

“I think they think it’s dangerous to propose an idea like… you know I said I wanted to make climate change fun,” she noted.

When teasing the album back in March, the vocalist announced in a now-deleted Instagram post that the project was named after the fictional “anthropomorphic Goddess of climate Change,” who she described as “a psychedelic, space-dwelling demon/ beauty-Queen who relishes the end of the world.”

A few months later, Grimes shared further details about her next studio effort while speaking to Lana Del Rey for Interview magazine, teasing that it would be about “a modern demonology or a modern pantheon where every song is about a different way to suffer or a different way to die”.

Although the vocalist still has to announce an official tracklist, “Miss Anthropocene” will likely include the recently shared singles, “Violence”, “So Heavy I Fell Through the Earth (Art Mix)”, and “My Name Is Dark”.

While her fifth album is still on the way, Grimes recently debuted “4ÆM” at the 2019 Game Awards in Los Angeles.

The song is set to appear on the forthcoming soundtrack to the video game “Cyberpunk 2077”, in which Grimes will voice Lizzy Wizzy.

Additional guest artists on the album include Run the Jewels, A$AP Rocky, Refused, Gazelle Twin, Ilan Rubin and Richard Devine among others. IB/JB