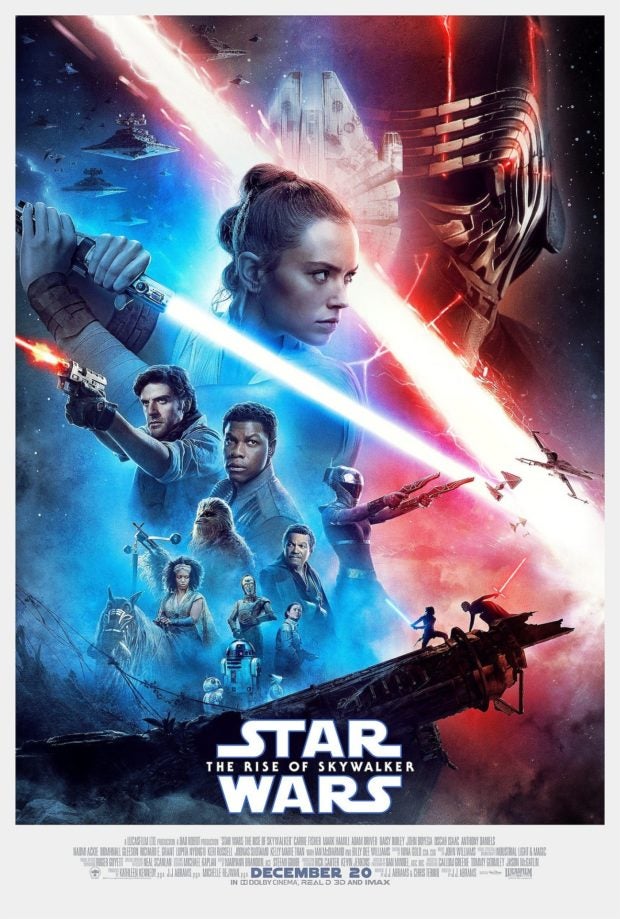 As expected, the latest installment in the “Star Wars” saga has taken the lead at the global box office following its release in theaters.

With $373.5 million in sales, the third episode in the Star Wars sequel trilogy has dethroned “Jumanji: Next Level”, which is now second in the rankings. Meanwhile, the Chinese film “Ip Man 4” has overtaken “Frozen 2” to place third.

Released on Dec. 20, 2019 in the United States, the “Star Wars” franchise’s ninth opus took the world box office by storm although it disappointed in China, according to figures reported by specialist website ComScore.

Notwithstanding a launch in China which generated only $12.1 million in revenue, “Star Wars: The Rise of Skywalker” took in $26.8 million in the United Kingdom, $21.8 million in Germany and $15.2 million in France, bringing its total worldwide revenue to $373.5 million.

The J.J. Abrams’ feature also made the third-best debut in history for a film released in December, raising $175.5 million in the U.S., a feat that has only been outdone by two other Star Wars movies, “The Force Awakens” and “The Last Jedi”.

Last week’s world box-office leader fantasy video-game adventure “Jumanji: Next Level” proved to be no match for the force of the longstanding space opera. Additional sales of over $58.7 million at the weekend were not enough to prevent Dwayne Johnson, Kevin Hart and Jack Black from being bumped down to second place in the rankings. Nonetheless, the action film and follow-up to “Jumanji: Welcome to the Jungle” has now accumulated $312 million worldwide.

The new rankings are also a letdown for “Frozen 2”, which falls back two places, having been overtaken by the Chinese film “Ip Man 4” which went straight to the number three spot with accumulated sales of $51.5 million. Elsa, Anna, Olaf and the other joyful characters in the Disney movie have had to make do with fourth place and additional sales of $43.9 million for the film’s fifth weekend in theaters.

“Cats”, with Taylor Swift and Idris Elba, which also released on Dec. 20 in the United States, has not yet made much of an impact on the global box-office rankings, where it stands in eighth place with sales of $10.9 million. However, these figures will likely improve when the movie comes out in other countries.

Here is the world box-office top 10: