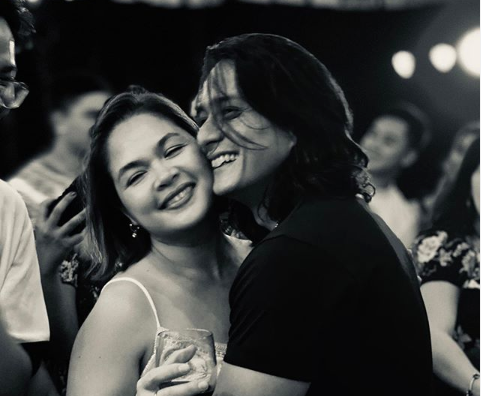 Celebrity couple Ryan Agoncillo and Judy Ann Santos just opened their first restaurant last May, but way before that, the two had started their path on “making dreams come true.”

Television host and actor Agoncillo reminisced how the years went by before their restaurant “Angrydobo” was created, and it all started with a simple and noble dream: Santos wanted to be a chef.

“2006 I was in Mindanao for work, to search for the very first Philippine idol. My girlfriend came with me. She needed to think. I got back to the hotel, she was having a glass of wine, and deep in thought. She wanted to go to culinary school. Her dream was to be a chef,” Agoncillo recalled in a pair of Instagram posts yesterday, Dec. 18.

The multi-awarded actress now runs a cooking show on YouTube called “Judy Ann’s Kitchen,” which started in 2017. She has also produced a cookbook with the same name that bagged the Gourmand World Cookbook Award in 2016.

Agoncillo had his very first bowl of his wife’s “Angrydobo” dish back in 2007 in Los Angeles, California, and right then and there, he realized: “[M]y dream was to let the world experience the magic.”

The story of the couple’s “Angrydobo,” which they later named their restaurant, is one that started with the infamous “lovers’ quarrel.” Santos cooked the Filipino dish while she and Agoncillo were fresh off an argument. Agoncillo had a taste, and then the rest is history.

Years later, they opened the first branch of “Angrydobo” near the De La Salle University in Malate, Manila, on May 14.

Agoncillo then posed the question: “How do you make your dreams come true?”

“I only know one though,” he continued. “I believe, in order to make your dreams come true, you have to wake up, do the hard work, and then be of service in furthering the hopes and dreams of the person who stands by you.” /ra