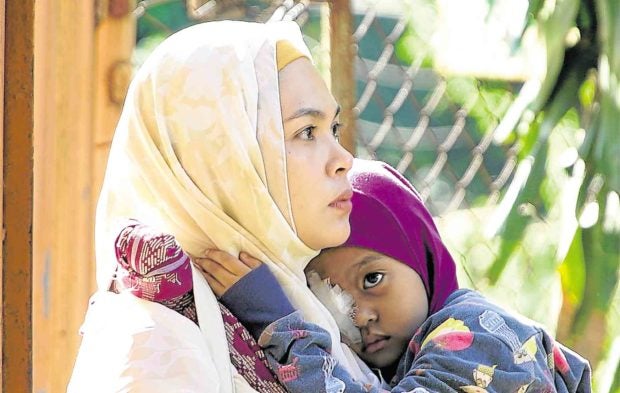 I wish they’d tell me what I did for the movie that made me win, so I’d keep doing it,” said actress Judy Ann Santos, who bagged the best actress award at the 2019 Cairo International Film Festival (IFF) for her performance in the Brillante Ma Mendoza drama “Mindanao.”

Judy Ann said she regretted not being able to attend the festival, which is one of the 15 festivals from all over the world that was accorded an “A” status by the International Federation of Film Producers Association (FIAPF).

Judy Ann’s win in Cairo is second to Nora Aunor’s best actress victory in the same festival in 1995 for “The Flor Contemplacion Story,” which also won best film, or the Golden Pyramid Award.

The actress was in Manila when she heard the news of her victory—busy scrubbing the kitchen floor of her soon-to-open restaurant. “I got so many congratulatory messages. I wondered why people were doing this. Am I pregnant again? Did I win at the SEA Games?” she quipped. “I totally forgot that ’Mindanao’ was competing in Cairo. It was only when I got the message from Direk Dante (Mendoza’s nickname) that I realized this.”

She said it took a while for the news to finally sink in. “They told me that it’s been decades since the Philippines won there. Miss Universe ang dating ko! Part of me doesn’t want to believe it. I’m already happy to be able to work with Direk Brillante. It was really a big deal for me to be able to study him, to learn a lot from him.”

Judy Ann said she regretted not being able to attend the festival because of her hectic schedule. “It’s already full from October to January. Some engagements can’t be moved anymore. I was able to attend the festival in Busan because they informed us of the schedule a month before. It would be unfair to clients who booked us two months prior,” she explained. “I had really wanted to attend. This is my first movie to compete abroad. I had hoped to be present in all of the festivals—gusto ko sana mabuo; parang bingo lang.”

The Cairo IFF activities ran smack into the taping of the final episodes of “Starla,” Judy Ann’s TV series that’s currently airing on ABS-CBN. “The other cast members have all confirmed. I couldn’t ask for a reschedule anymore. I’m also building the second branch of Angry Adobo and have been busy manning the construction and training. Sayang talaga!”

The actress said her role in “Mindanao” was physically demanding. She had to carry Yuna Tangog, the actress who plays, Aisa, her daughter in the movie, throughout most of the shoot. “I already had to wear a waist trainer to protect my back a few days into filming. I guess that’s also why I lost 5 kilos through the duration of the shooting,” Judy Ann told the Inquirer last Saturday.

Brillante—whose film credit includes “Kinatay,” which won for him the best director honor from the prestigious Cannes International Film Festival—is known for making films without a detailed script. Judy Ann said the director “adjusted because I told him I don’t know how to work without a script just yet; also because there are terminologies used here pertaining to pediatric cancer. We’re always free to say whatever we wanted, but he made some guidelines. He guided me throughout.”

Brillante earlier told the Inquirer that there were new elements in the actress’ work here that even non-Judy Ann followers would appreciate.

“I don’t know exactly what Direk was referring to, but before shooting, he spoke with me and pinpointed to me my mannerisms that I never even knew I had. We both consciously worked on making sure you won’t see them in this movie,” she said. 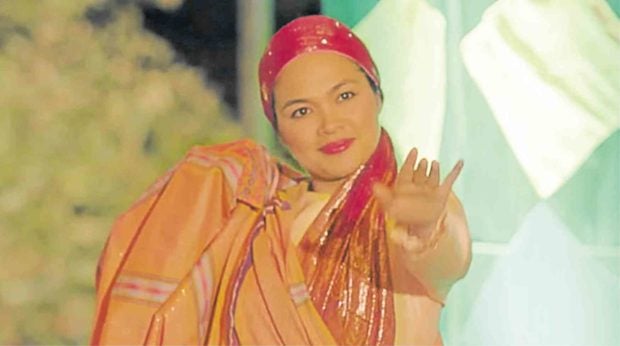 “The film is really the journey of a mother. My acting here is more raw. At some point, I just allowed the mother in me to come out. I embraced it,” Judy Ann added.

What she said she liked about her director was that he was “very honest and straightforward with me about what he wanted. I didn’t feel offended at all. I appreciated it. Had he not told me, I’d never know. When I watched some of my other works, I said, ‘ay oo nga! I see it here!’ I learned a lot from this movie.”

While she said she felt bad not being able to attend the film festivals both in Japan and Egypt, she said she really enjoyed her Busan IFF experience. “I savored the whole trip, especially walking on the red carpet. I also learned that the film industry in Korea is very successful because they’re all moviegoers there. They also appreciate their artists so much and show this by attending Q&A sessions and lining up to take photos with the artists. They anticipate attending the Busan IFF,” Judy Ann recalled.

The actress said that while her husband, TV host Ryan Agoncillo, was extremely happy for her win, her children were clueless. “They’re not aware that I’m an actor before I became a host or a chef,” she pointed out.

“Mindanao” is about a Muslim mother who awaits the return of her soldier husband (Allen Dizon) while she takes care of their cancer-stricken child. It is one of the entries in the 2019 Metro Manila Film Festival (MMFF) in December.

“I hope our victory in Cairo will encourage Filipinos to watch it here,” she said. “Unlike other MMFF entries, our film isn’t comedy and doesn’t have special effects, although the film is interlaced with animation. Its topic is super serious. Who would want to see a tear-jerker movie during Christmas time? But you will learn a lot from this. People in a foreign country appreciated it, I hope Filipinos would like it, too.”