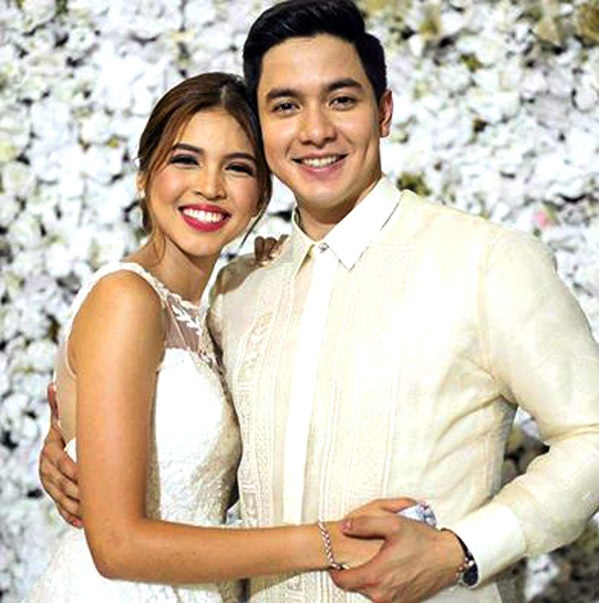 While she used to shy away from personal questions—especially those about her dating life—Maine Mendoza was noticeably more at ease discussing her relationship with boyfriend Arjo Atayde in a recent chat with the press.

On a scale of zero to 10, how would she gauge her romance with the actor?

“Siguro mga ano … 14! Char!” the 24-year-old star quipped, before bursting into giggles, at a media conference for her movie, “Mission Unstapabol: The Don Identity,” which is an entry in this year’s Metro Manila Film Festival.

Seemingly taken by surprise, many of the reporters oohed and aahed. But the reaction wasn’t so much about her answer as it was about the fact that she answered.

“There’s nothing to hide anymore—that’s just it,” she said, when asked by the Inquirer about her newfound openness about the topic.

The television host-actress also related that she recently had dinner with the Ataydes, and that she and her boyfriend are willing to star in a movie together.

The couple has also been talking about their future together “because we’re getting older.” But that doesn’t necessarily include marriage—at least, not yet. “My elder brother and sister are set to get married, sunud-sunod. Maybe 28 is the marrying age for me,” she said.

What Maine’s sure of, however, is that she sees herself spending her life with Arjo. “We wouldn’t be wasting our time with someone we don’t want to be with forever,” she said.

But should they end up tying the knot, would Maine get her perennial screen father, Vic Sotto, as godfather? “No matter who I end up with, I can’t not include Bossing,” she stressed.

At one point during the interview, her handler signaled to wrap it up. But she appeared to be in the mood for more. “Wait lang, nag-e-enjoy pa ako!” she said.

For the past year or so, Maine and Alden Richards—whose former teamup, “AlDub,” ruled show biz not so long ago—have been pursuing different career paths. But given the chance, somewhere down the road, she would like to work with her former screen partner again.

“Right now, we’re exploring. We have been trying out different things or taking advantage of opportunities to work with other actors, from other networks. I feel that’s a good thing because that means growth for the both of us,” added Maine, who did “Isa Pa with Feelings” with Carlo Aquino. Alden, meanwhile, starred in “Hello, Love, Goodbye” with Kathryn Bernardo.

Contrary to rumors, Maine and Alden’s friendship has always been intact. But there was a moment, she admitted, when the fans’ expectations weighed their relationship down.

“It was tough back then because people were expecting something more, something else from us. As a result, we didn’t know how to act in front of the camera,” said Maine, who’s looking forward to catching up with Alden when things aren’t as hectic.

“Right now, we don’t get to see each other as much these days. He’s rarely in ‘Eat Bulaga!,’ because of the series he’s doing. But when we do get a chance, we can talk about our personal lives,” she said.

Together, they will attempt to pull off a heist and take away the famed “Pearl of the Orient” from the hands of Don Fortun’s scheming brother, Benjie Fortun (Jose Manalo).

“I enjoyed doing this film because my role was serious throughout—I didn’t do much comedy,” said Maine, who still gets starstruck with Vic. “I still can’t greet him casually. But he’s so nice to me. And once the camera rolls, we turn into father and daughter.”