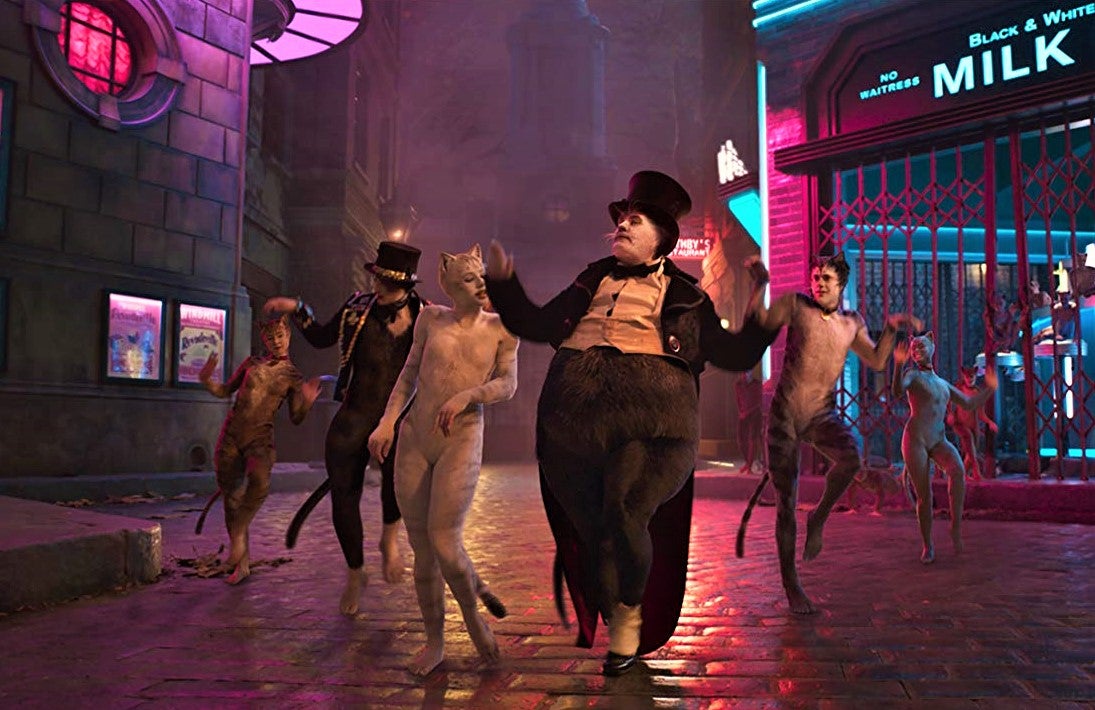 LOS ANGELES—James Corden will never let us forget that he has not been nominated in the Golden Globe Awards. In a funny way.

The first time was right after the 2015 Golden Globes show where his “Into the Woods” costars Emily Blunt and Meryl Streep earned nominations.

The amiable British actor, who’s back working with La Streep in the movie adaptation of another musical, Broadway’s “The Prom,” did not get a nod for his role as the baker and narrator.

In our recent interview, we thought the actor-comedian, who is now also the host of the successful “The Late Late Show with James Corden” (which features the popular “Carpool Karaoke” segment) has forgotten about our sort-of running joke.

It started innocently enough —James was asked to talk about his love story with his wife, Julia Carey, whom he married in 2012 and with whom he has three kids. Their firstborn Max, is the godson of Dominic Cooper, who was James’ roommate and fellow cast member in the original London and Broadway productions, and eventually the film adaptation, of “The History Boys.”

“My love story with my wife is the kind of story that you don’t see in films anymore,” James began. “I met her with my friend Dominic Cooper who was in ‘The History Boys’ and who has also never been nominated (laughs). And the working-class Brits—you are not into them.

“The minute I met Julia, I told her that she might be the most beautiful person I have ever seen. On the night we met, we sat down in the corner of a bar and talked about how we were both tired of going out all the time. That night, as a joke, we planned the rest of our lives together. At the end of the night, we had a smooch in the back of a car.

“I said, ‘What are you doing on Friday? Do you want to stay in and do nothing? On Saturday, would you like to do nothing? And then on Sunday, we could do nothing. My hunch is if we spend a lot of time doing nothing, then that nothing might become something. How does that sound?’ She said, ‘That sounds great.’”

Being the good comedian he is with perfect timing, James delivered the clincher: “I’ll never forget what she said. She looked me in the eyes, held my hand and said, ‘One day, you will get nominated for a Golden Globe. Not for ‘Into the Woods,’ not for ‘Cats,’ maybe for ‘The Prom.’ When that day comes, that will be the pinnacle of our love story.’ I’m joking, I’m absolutely joking.”

When we first interviewed the versatile performer, for ‘Into the Woods,’ he was about to start “The Late Late Show with James Corden.” Becoming a late-night talk show host was an uncharted territory for James who was having a booming career as an actor in theater, television and film.

“I could remember friends of mine saying, well that’s it, you’ll be done as an actor, you won’t be able to act in things, you can’t,” recalled James, who went on to successfully combine both actor and talk show careers. In film, he will be seen next as Bustopher Jones in Tom Hooper’s version of the beloved musical, “Cats.”

“I just thought if I can build a show that isn’t a late-night talk show in a sense of how they have always been, if I can build this show as a performer and not as a broadcaster, then maybe there’s a world where I might enhance that. And that’s what I always tried to do really, be a performer first and a talk show host second. 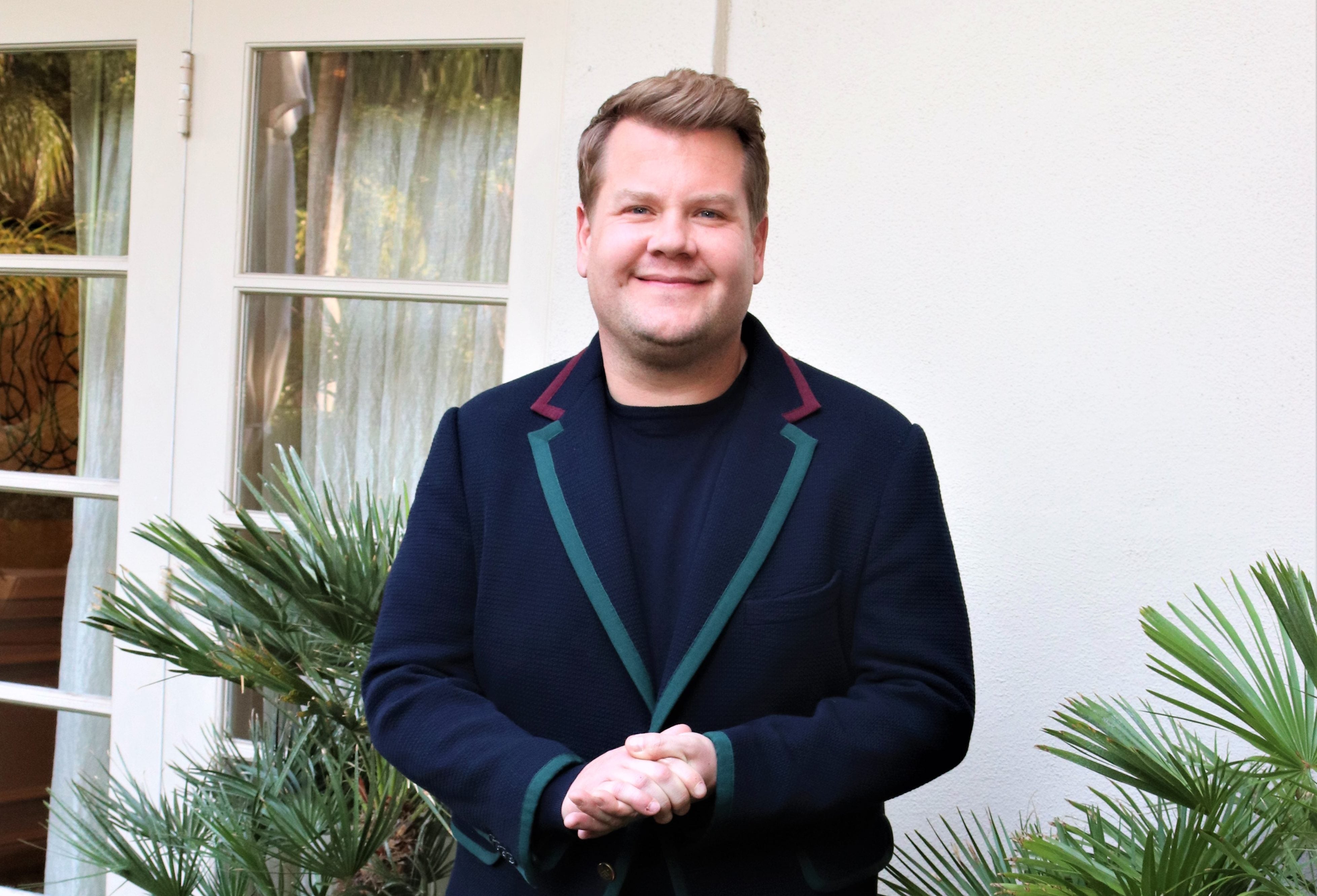 “Because the plate lines of the entertainment industry have changed. I remember the first time I came to Los Angeles, this must be 16, 17, maybe 18 years ago now, when I would drive around LA all day kind of dying of encouragement (laughs). Casting directors would say, you really need to think about what kind of actor you want to be, because you have film actors, television actors and theater actors, whereas back home in London, everybody does everything.

“And now, I feel that the plate lines of that world have merged more than ever, where film stars are in great TV series and people in incredible TV shows are suddenly in films, and then will go and do a play, a film or a musical.

“I never thought that while I was hosting the show, I would go and do ‘Ocean’s Eight,’ then do ‘Cats,’ go back and write my show (‘Gavin & Stacey’) for the BBC and then now, I was in rehearsals this morning with Meryl Streep, Nicole Kidman and Andrew Rannells, working with Ryan Murphy and Casey Nicholaw (producer) on ‘The Prom.’ We start shooting in two weeks. It was inconceivable to me that it would be so—easy is the wrong word—that it wouldn’t be an issue. But I’m grateful that it isn’t.”

In that first interview, the Tony winner for “One Man, Two Guvnors,” who was not sure how his late-night gig would pan out, said: “To show you how much I think it’s going to be canceled, my wife said, ‘Should we buy [a house] somewhere in Los Angeles?’ I went, ‘Absolutely not. We’re getting something on a month-by-month lease, because there’s a very strong chance that, when this show is canceled, we will be marched to the airport and told to never come back.’”

“We do have a house now,” a beaming James reported, more than four years after “The Late Late Show…” debuted and became an international hit. “I have made peace with the notion that the show is on now, and people seem to like it (laughs). We now have three children, one of whom is American and the other two talk like Americans. It’s been the most glorious ride. I couldn’t ever have predicted that it would feel like this.

“And then to be doing this other thing, to still be here talking to you is mind-blowing to me. I don’t say that to sound in any way sycophantic. I made peace with the notion that you are never going to nominate me (laughs) and so it’s great. I have two and a bit years left on this contract. I’m excited to see what will come after that.”

James, appointed Officer of the British Empire in the UK’s New Year Honors for services to drama in 2015, said he kept a positive attitude amid the volatility of the entertainment industry.

“I try as best as I can to think we are all unbelievably privileged,” he declared. “So, if there are ever moments where it can feel consuming or daunting, which it can be sometimes … just take today, starting at 8:30 in the morning, rehearsing ‘The Prom,’ a dance number until 11 and then going to work at 11:15.

“We just did a creative meeting for this week’s shows where some things are right and some things aren’t. Then, I was in a car to get here and talk to you. Then, I’m going back to work with the team. We have a show tonight with Jamie Lee Curtis and Thomas Middleditch, then I will stop [for the day].

“I am painfully aware that this won’t be my life always—it can’t be. So, the worst thing that could happen is that I would look back on this phase of my life and think, oh, I wish I had enjoyed it more.

“The trick is, happiness is the key. That’s what everybody should be trying to work for.

“I have not met a truly happy billionaire. There are actors, performers, singers, whoever, who think about legacy, what am I leaving behind? For me, I am in it all for the experience. I made a choice. That’s the thing I search for to be proud of.

“So, I Google myself and I think, what the heck are you moaning about? If I could go back and tell my 12-year-old self that this would be my life, his head would explode.”

Read Next
Love Knots, December 19, 2019
EDITORS' PICK
Geek out at TOYCON 2022 powered by Smart Signature
House energy committee chair Arroyo bats for cheap electricity
UK’s Boris Johnson will resign, BBC reports
High inflation: Your P1 is now worth only 87 centavos
Unemployment rate up to 6% in May
High-risk pregnancy: Reducing your risk is in your hands
MOST READ
Suspect in grisly killing of missing woman in Bulacan arrested
Kim Atienza’s daughter flaunts bikini body in response to critics of her ‘revealing photos’
Japanese artist who created ‘Yu-Gi-Oh!’ found dead in the sea
FDA probes popular Filipino noodle brand for ‘high level of ethylene oxide’
Don't miss out on the latest news and information.