After 25 years, Mariah Carey’s ‘All I Want for Christmas Is You’ tops US charts 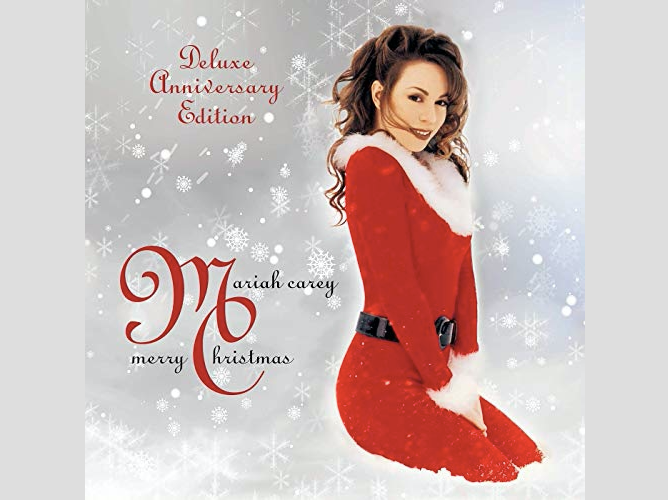 A quarter-century after releasing her holiday classic that’s become one of the season’s love-to-hate, hate-to-love cliches, Mariah Carey has finally pushed “All I Want for Christmas Is You” to top the charts for the first time.

“We did it,” the diva said Monday in a tweet that featured several emojis, including a face with happy tears.

Many social media users voiced shock that the inescapable pop juggernaut had not already jingled its way to the top.

But when the de-facto Holiday Queen originally released the global hit in 1994 as part of her “Merry Christmas” album, Billboard‘s rules at the time did not allow it to compete on the Hot 100 chart, because it was not commercially available as a single.

That changed in December 1998, when cuts off an album were welcomed to the United States top songs list, bumping Carey’s song onto the chart for the first time on Jan. 8, 2000.

The 2003 holiday film “Love Actually” helped keep Carey’s bubbly Christmas wish for love in the collective consciousness, as streaming ensured its place in the holiday canon.

The earworm that showcases the pop mainstay’s elastic vocal range started appearing the list annually beginning in 2012, when streams were added to Billboard’s ranking metrics.

For the song’s 25th anniversary this year, Carey promoted it even harder than usual, beginning her social media drive the morning after Halloween.

She also dropped a new video for it, which counts towards Hot 100 placement, and released the song as a stand-alone CD single for the first time.

This week the song posted 45 million streams, 27,000 digital sales and 34 million radio plays, according to Billboard.

Carey’s climb to the top marks the first time a Christmas track has claimed number one on the Hot 100 in six decades, when “The Chipmunk Song” reigned for four weeks in 1958 to 1959.

“All I Want for Christmas Is You” is currently Spotify’s most-streamed song in the United Kingdom, and is gaining ground in France, whose SNEP top songs chart now has it in 31st place.

The singer,  who will not confirm whether her age is 49 or 50 because she says “time is not something I acknowledge,” told The New York Times that finally nabbing number one for the holiday standard she wrote “in the womb, darling” was more of a concern to fans than her.

“I don’t need something else to validate the existence of this song. I used to pick it apart whenever I listened to it, but at this point, I feel like I’m finally able to enjoy it,” she told the paper.

WATCH: Mariah Carey releases new video for ‘A No No’

TAGS: All I Want for Christmas is You, Billboard, Christmas songs, Mariah Carey, singles