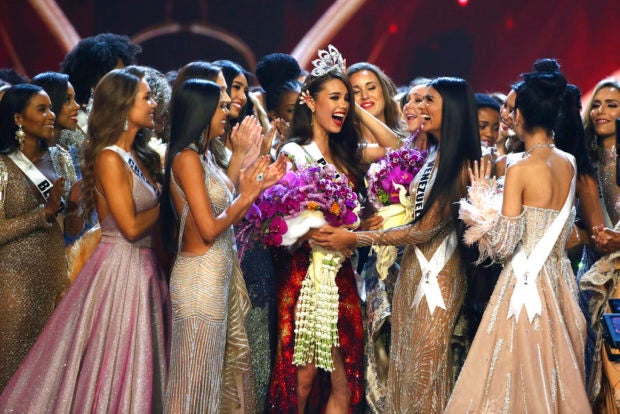 Former Miss Universe Catriona Gray marked the first anniversary of being crowned Miss Universe, which she described as a moment that “changed my life forever.”

Gray had nothing but gratitude for her one-year reign as the world’s top beauty queen, as seen in her Instagram post earlier today, Dec. 17, exactly one year since bagging the title in Bangkok, Thailand.

“A year ago today…. a moment happened that changed my life forever,” she said. “Forever thankful to everyone who built me up, cheered me on, prayed for me and supported me.”

The 25-year-old beauty queen from Albay emphasized how taking risks can lead one to something even greater, highlighting how she failed before, yet still ended up being “something more.”

“It was this moment that proved to me that faith does conquer fear,” the beauty queen said in her post, which was accompanied by a series of photos of her as Miss Universe, including her winning moment.

“That taking a risk in the pursuit of a dream can sometimes give you an even greater gift than you ever could dream of. And that all those times I thought I’d been denied before, were really the universe redirecting me to something more,” she added.

During her reign as Miss Universe, Gray pursued her advocacies of giving quality education for all, protecting children’s welfare, and raising awareness for HIV/AIDS, among others.

She briefly recalled her reigning year during her final walk at the Miss Universe 2019 pageant through a recorded speech.

WATCH: Catriona Gray answers what it’s like to be 4th Filipina Miss Universe