Why Elijah Canlas thinks ‘Kalel, 15’ role destined to be his 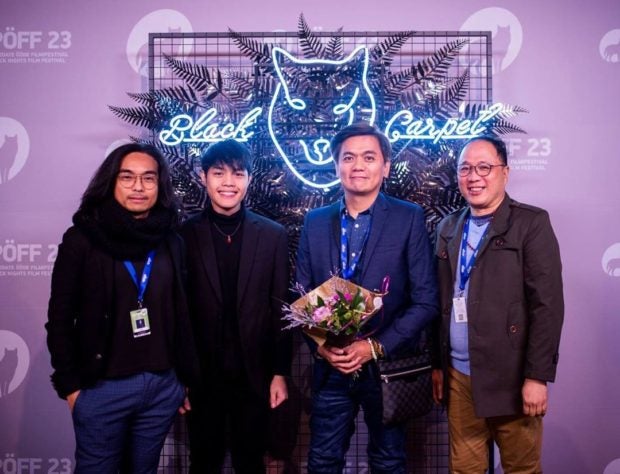 Since “Kalel, 15” is his first starring role on the big screen, teen actor Elijah Canlas said he “overprepared” by assigning his character its own zodiac sign and identifying Kalel’s likes and dislikes.

Elijah, who studied theater arts at the Philippine High School for the Arts, refers to this acting process as “part of creating a character sketch.”

“I gave him a complete background so I can be him once I get on the set. I didn’t meet real people like him, but Direk Jun (Robles Lana) showed me materials he was able to gather while talking with his subjects. My job as an actor is to not disappoint him, so I also researched on my own.”

The film, which was also written by Jun, follows the plight of 15-year-old Kalel who gets diagnosed with HIV and, therefore, has to make difficult choices no child should ever make. It won for Jun the best director award at the 2019 Tallinn Black Nights Film Festival in Estonia, where it premiered.

“Also, the people I worked with for this film are ‘big deal’ for me—Direk Jun and cinematographer Carlo Mendoza. I worked hard even before the cameras started grinding on the set,” said Elijah of the film that took five years to make and was shot only last year.

“Kalel, 15” was originally titled “Son of God,” said Elijah. He auditioned for it in 2014—”because I’m a fan of Direk Jun’s ‘Barber’s Tales’ and ‘Bwakaw’”—but didn’t get the role because Kalel was originally the son of a Spanish friar and is mestizo.

“The project got shelved for some reason. In 2018, I met Direk Jun again because I was looking for a talent manager. During our meeting, he was looking at me while I was talking about what I wanted to become, and why I wanted to join the industry. He suddenly said I could play the lead in his next film. We both agreed that it’s really for me and that now is the perfect time to make it. I guess it’s fate,” Elijah shared with Inquirer Entertainment.

Luckily for Elijah, his parents have always been supportive of his artistic interests. “As long as I like what I’m doing and don’t feel forced to do it … My mom, who was there with me, just asked me, ‘This role is kind of daring. Can you do it?’ I said, ‘Yes, I want it. I can do it.’ After all, it’s a starring role and the material is beautiful—a passion project that’s five years in the making. I can’t say no, even though I haven’t read the film yet. I’m grateful and honored to be offered the role.”

Elijah said he was also glad to have met a very collaborative director in Jun. “Even though I’m young, he was open to my suggestions. When I needed help or clarity, he was always approachable,” he pointed out.

More than traumatizing, Elijah said he found the film “very insightful and its story, alarming. These patients are people my age or even younger than me. This only made me more passionate about the movie,” he stressed.

“As an actor, I know that I should not be close-minded, that I should just be accepting as I play the character. I’ve come to terms with the fact that this is reality now. I can’t judge people. I have to represent them well as an actor,” he added.

“Kalel, 15,” which also features Jaclyn Jose, Gabby Padilla, Cedrick Juan, Elora Españo, Sue Prado and the late Eddie Garcia in the cast, will be screened in selected cinemas nationwide starting Dec. 18. It was given an R-13 rating by the Movie and Television Review and Classification Board.