Marco Gallo not out to become ‘the next James Reid’ 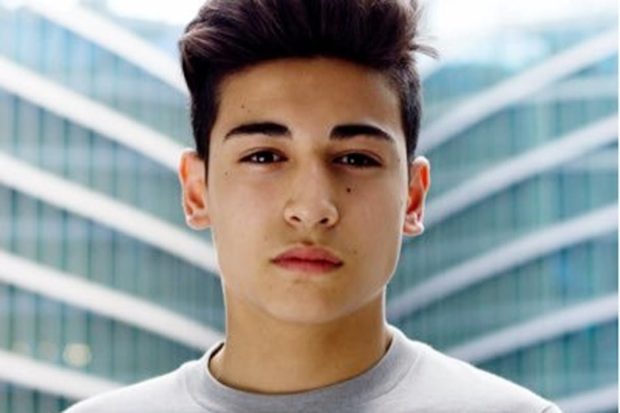 With James Reid no longer under Viva Entertainment’s wings, some observers are now eyeing the Italian-Filipino neophyte Marco Gallo to fill the hole left by the wildly popular singer-actor.

Marco promptly balked at the comparisons, however, stressing that no one could replace James. “I have a long way to go,” he told reporters at his contract signing with the said company. “I would be so happy if I could achieve anything close to what he has. That would be overwhelming.”

Instead of aiming to become the next James Reid, it would be better, he said, if he could create a name for himself.

“I wish I could prove myself and do just that—step by step. Everyone has his own path,” the 18-year-old actor said. “But it’s up to me, of course, to put in the effort. I have to work hard, put my mind into it and hone my craft. Right now, I’m undergoing a lot of workshops.”

The former “Pinoy Big Brother” housemate knows very well that there are other factors—besides looks and talent—that determine whether or not a hopeful makes it big in show biz.

For now, his goal is to simply give his best in every project he lands, and make sure to enjoy every moment. His dream is to do an action project, but he’s also open to doing a romantic film and having a perennial screen partner.

“I believe in [the idea of] love teams. Just look at all the famous people here in the Philippines who were once part of them. Sometimes, two is better than one,” he said. “Having the chance to work with someone you can build a close relationship with—not necessarily romantic—is a good thing.”Given the chance, he would love to work with Nadine Lustre. “But that would be impossible,” he quipped, laughing.

What about doing sexy roles in the future? “If that’s something that would do me good, why not? I would have to prepare for that, though. You have to have good physique, and that’s not something you achieve in a day,” Marco pointed out.

Marco, a former Star Magic talent, said he decided to transfer to Viva, because he wants to explore and have a bit of change in his career. “I want to know more about the industry, know more people. I want to be hands-on when it comes to work,” he said.

But despite his decision to transfer, he stressed that there’s no bad blood between him and his former management, which he described as “a family” more than “a company.”

“Star Magic took me when I had nothing, gave me shows,” he said. ”They told me that if this move will make me happy and feel good… if this is what I want, then they were not going to stop me.” INQ