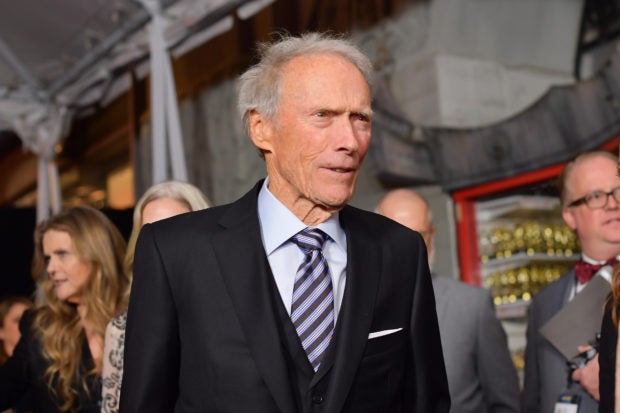 Oscar-winning director Clint Eastwood was at the center of a firestorm Thursday over his latest movie depicting a reporter trading sex for stories — prompting legal threats over the “shocking” and “untrue” portrayal from her real-life newspaper.

“Richard Jewell” dramatizes the story of the innocent man who found himself targeted in a devastating media frenzy following a deadly blast at the 1996 Atlanta Olympics.

Jewell was initially hailed as a hero after he spotted the pipe bomb but was soon identified by journalists including the Atlanta Journal-Constitution (AJC)’s Kathy Scruggs as an FBI suspect.

Scruggs, portrayed by Olivia Wilde, is depicted in the movie trading sex with an FBI agent in exchange for learning the suspect’s identity.

“The portrayal of our reporter is shocking, untrue and an obvious Hollywood trope,” editor Kevin G. Riley told Agence France-Presse. “The film commits the very sin that it purports to accuse the media of. It literally makes things up in telling the story.”

Never arrested or charged, Jewell was cleared by the FBI after 88 days. But TV networks camped outside his home for the duration, hounding Jewell, who became the subject of wild speculation and ridicule.

Cox Enterprises, the newspaper’s owner, on Monday sent a letter to Eastwood and Warner Bros. demanding it releases a public statement stating “some events were imagined for dramatic purposes.”

The letter says the paper and its staff are “portrayed in a false and defamatory manner.”

It also demands a prominent disclaimer be added to the film to that effect.

The film currently has a disclaimer, stating it is “based on actual historical events” but created some dialogue and events “for the purposes of dramatization,” at the very end of the credits.

“It doesn’t look like the kind of disclaimer that would be placed by a filmmaker who was seriously concerned about making the audience aware of the truth of the situation,” said Riley.

It is not the first time critics have raised eyebrows at the movies of 89-year-old Eastwood, who won Oscars for directing “Unforgiven” (1992) and “Million Dollar Baby” (2004).

“Gran Torino” (2008) and “The Mule” (2018) were criticized for the frequent racial epithets spoken by their lead characters — both Korean War veterans played by the director himself — while “American Sniper” (2014) was dismissed by some critics as jingoistic propaganda.

Warner Bros. has responded to the “Richard Jewell” letter with a statement insisting the film is based on “a wide range of highly credible source material.”

It is “unfortunate and the ultimate irony that the Atlanta Journal-Constitution, having been a part of the rush to judgment of Richard Jewell, is now trying to malign our filmmakers and cast,” it says.

“The AJC’s claims are baseless and we will vigorously defend against them,” the statement concludes.

Wilde tweeted Thursday: “Contrary to a swath of recent headlines, I do not believe that Kathy ‘traded sex for tips.'”

“Nothing in my research suggested she did so, and it was never my intention to suggest she had. That would be an appalling and misogynistic dismissal of the difficult work she did.”

She had understood the film’s dramatization would show the pair in a pre-existing romantic relationship, rather than a transactional exchange of sex for information, she added.

In the film, the FBI agent played by Jon Hamm appears surprised by the reporter’s willingness to sleep with him for the story.

In real life, Jewell sued several news outlets for defamation, claiming their stories depicted him as someone with an odd personality who was probably guilty.

The Atlanta Journal-Constitution never settled with Jewell, and a court later ruled its reports on the bombing investigation “in their entirety were substantially true at the time they were published.”

“In this telling of it, important truths of what really happened are simply lost.” RGA

Clint Eastwood’s casting director is a Fil-Am: ‘Write our stories. Show them who we are’