Why Angel looks up to Bono Bono of the seminal rock band U2

One of the people Angel Locsin has always looked up to is Bono, frontman of the seminal rock band U2. And her profound admiration for the musician goes beyond his work in the studio and onstage.

“I salute his humanitarian work. I would love to hear him speak, know more about how he goes about it … how he chooses his advocacies,” she told the Inquirer on the sidelines of a recent press conference for the Philippine Red Cross’ (PRC) partnership with the drone delivery service Zipline, where Bono is a board member.

“I’m thankful that he chose to visit the Philippines, not only to entertain and bring joy to the band’s many fans, but also to help provide the PRC a faster and easier way to deliver blood,” pointed out Angel, a longtime volunteer for the humanitarian organization. “This will save a lot of lives.” 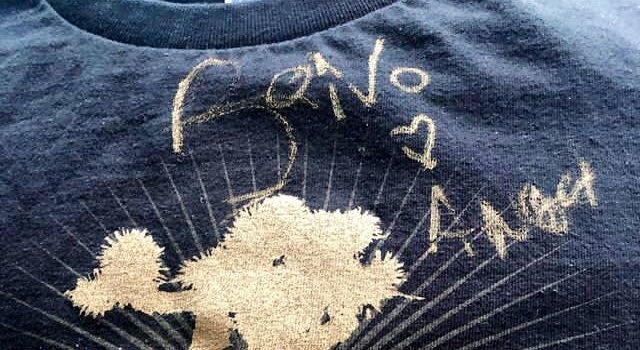 The actress-philanthropist described the Irish rock star as a “person worthy of support.” “He has been playing shows around the world. But despite his busy schedule, he still finds time to do things like these,” she pointed out.

Angel attended U2’s show in Saitama, Japan, where she saw Bono perform in the flesh for the first time. In an Instagram post, she related that she had been “waiting all my life” to experience that moment. “I didn’t have a good video because I was crying and jumping,” she wrote in Filipino. “I was in tears, like a kid.”After the media conference at the PRC headquarters in Mandaluyong City, Angel finally met Bono, who shook her hand and signed her shirt.

Angel herself is a devoted humanitarian worker, who regularly organizes and takes part in relief operations—most recently in typhoon-ravaged areas in Northern Samar, as well as the earthquake-hit localities in Mindanao. She’s also a blood donation advocate.

For her efforts, she was recently named by Forbes Asia as one of the region’s “Heroes of Philanthropy,” along with billionaires.

“Filipinos have always been known for ‘bayanihan.’ I’m nowhere near being a billionaire, but I try my best to do my part in my own little way,” Angel wrote on Twitter.” “I hope this would inspire other people to help, as well.”

ADVERTISEMENT
Read Next
Back in each other’s arms
EDITORS' PICK
In appreciation: Kobe Bryant, a life defined by hard work
4 Ways Jollibee’s new store will serve a leveled-up kind of joy to Filipinos in the South
SM continues to send relief assistance to remote towns in Batangas
Get exciting deals and discounts when you download the new McDonald’s App
‘House of Kobe’ launched in Valenzuela City hours before hoops star’s death
DOH warns vs eating raw meat, exotic animals amid coronavirus outbreak
MOST READ
Kobe Bryant’s helicopter flew in fog that grounded other choppers
College baseball coach, wife and daughter die in crash that killed Kobe
Afghan passenger plane crashes in Taliban-held eastern area
3 Chinese admitted to San Lazaro Hospital after showing signs of flu
Don't miss out on the latest news and information.