One Direction fans have reason to rejoice this holiday season: They get not just one, but two full albums from former members—Liam Payne and Harry Styles. Unfortunately for one of them, the reception will be frosty.

Payne’s 17-track “LP1” never really gets off the ground, a collection of monotonous club songs that often sound like warmed-over Justin Bieber rejects. It doesn’t help that some of the offerings are more than two years old.

The first tune, “Stack It Up” with A Boogie Wit da Hoodie, is the best, then the album falls off a cliff into a swamp of skittering drums, synth and libidinous lyrics (“Flippin’ that body/Go head, I’ll go tails”). It breaks no new sonic ground and has a faintly musty whiff. (Weirdly, Payne finally stops grinding for a weepy original Christmas song at the very end.) 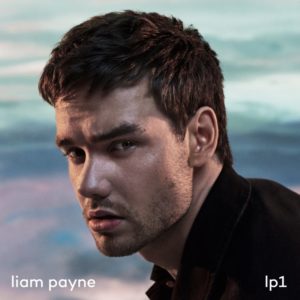 There’s a good reason for the first tune being good—it’s cowritten by Ed Sheeran—and Payne doesn’t try to disguise its origins, mimicking Sheeran’s vocal tics and flow. For a first album, Payne surprisingly doesn’t show up: He had a hand cowriting only four songs and fails to do anything interesting with his voice.

While Styles is off making fascinating, intriguing music, Payne is clearly phoning in his debut from the club. He sounds happiest on “Both Ways,” when he boasts about his girlfriend’s bisexuality. “I don’t discriminate/Bring it back to my place/Yeah, she likes it both ways.”

The album reaches ludicrous heights on “Strip That Down,” a two-year-old embarrassment that credits no less than 15 writers, including Sheeran, Quavo and even Shaggy, since they’ve lifted so much of his 19-year-old hit, “It Wasn’t Me.”

The sound of freedom never sounded so banal. –AP