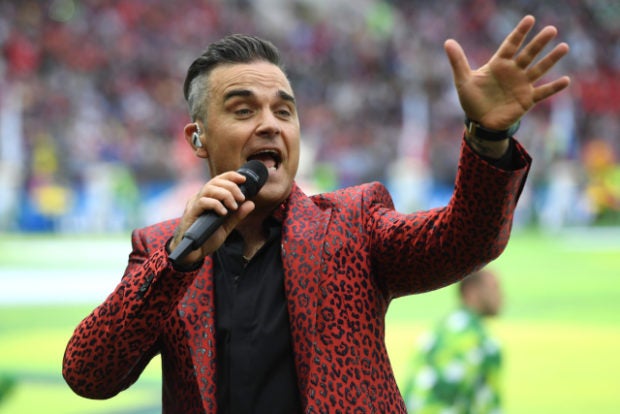 Robbie Williams on Friday equaled Elvis Presley’s record for the most United Kingdom No. 1 albums by a solo artist, with his new collection of festive songs.

“The Christmas Present” was the British pop star’s 13th No. 1 solo album. The Beatles hold the overall record with 15.

Only Beatles members Paul McCartney (22) and John Lennon (18) have scored more number ones in total across their careers, with Williams drawing level with the band’s lead guitarist George Harrison on 17.

“It’s an incredible achievement and means more to me than any of the other albums that I’ve ever had,” Williams said.

“I used to celebrate with cocaine and strippers. These days… can I have a kebab, please?”

Presley, the “King of Rock and Roll” who died in 1977, first topped the U.K. album charts in 1956 and last did so in 2016 with “The Wonder of You” — a compilation with new orchestral arrangements by Britain’s Royal Philharmonic Orchestra (RPO).

Williams outsold albums by Rod Stewart with the RPO, and by Coldplay, to take Friday’s top spot.

Meanwhile in the singles chart, Australian singer-songwriter Tones and I’s international hit “Dance Monkey” clocked up its 10th straight week at number one.

The feat matches the record for the longest-running chart-topper by a female artist, sharing the accolade with Whitney Houston’s “I Will Always Love You” from 1992, and Rihanna’s 2007 smash “Umbrella”. RGA