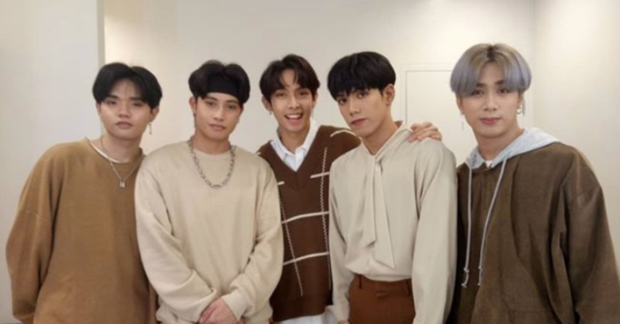 Filipino boy group SB19 has reached a new milestone as they entered Billboard’s Next Big Sound chart, where they were able to claim the sixth spot.

According to Billboard’s website, the said chart tracks the “fastest accelerating artists during the past week and predicted to achieve future success.”

The group, which comprises Sejun, Stell, Josh, Ken and Justin, debuted on the charts yesterday, Nov. 20, as seen on Billboard’s website. Ahead of them by one spot is the K-pop boy group A.C.E. 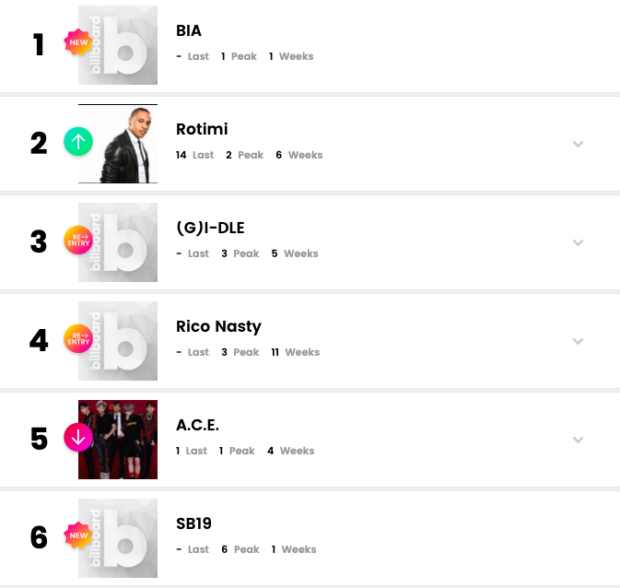 Upon catching wind of their achievement, SB19 took to Twitter to express their gratitude toward their fans.

Addressing their fanbase, called “A’TINs,” they said: “No words can describe how thankful we are for this great news. Thank you so much for supporting our dreams and believing in us.”

A’TINs! No words can describe how thankful we are for this great news. Thank you so much for supporting our dreams and believing in us. Everything seems possible with you. We promise to work harder! #SB19onBillboardNBS pic.twitter.com/eNlhqeBURB

“Everything seems possible with you,” the group added. “We promise to work harder!”

They also took the time to thank their fans for sharing their stories with the group.

“It warms our hearts to know that you find comfort, happiness and motivation through our music,” they stated.

The boy group trained in South Korea under the Korean entertainment company ShowBT, which has a Philippine branch.

The group debuted in October 2018 with the song “Tilaluha,” but gained widespread online attention earlier this September after they released a video of their dance practice to their song “Go Up.”  /ra

Ubisoft to include more K-pop songs in ‘Just Dance 2020’