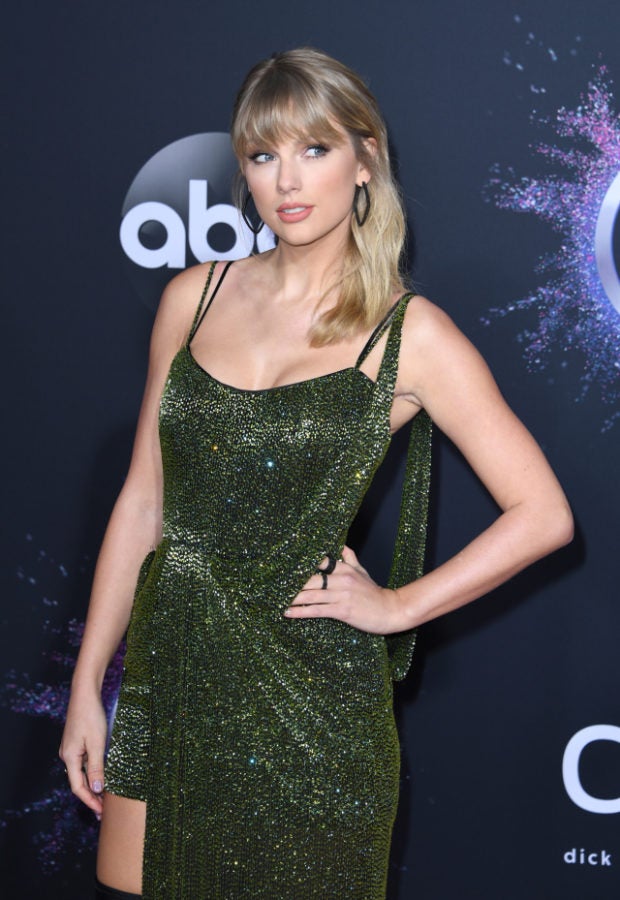 Taylor Swift wrote and recorded this new holiday tune in five days, joking on Twitter that she asked her numerous cats for advice.

“When in doubt, ask the itty bitty pretty kitty committee. When they shun you with silence, ambivalence, and judgmental brush offs… just put the song out anyway,” she wrote.

The yuletide song arrived along with an accompanying music video, which features home footage of the award-winning vocalist frolicking in the snow and hanging out by the Christmas tree.

The family movies, shot by Swift’s parents Andrea and Scott, also include appearances of brother Austin Swift as well as of other relatives and friends.

“I actually did grow up on a Christmas tree farm. In a gingerbread house, deep within the yummy gummy gumdrop forest. Where, funnily enough, this song is their national anthem,” Swift wrote in a tweet announcing her latest single.

I actually did grow up on a Christmas tree farm. In a gingerbread house, deep within the yummy gummy gumdrop forest. Where, funnily enough, this song is their national anthem. #ChristmasTreeFarm song and video out now 🎄https://t.co/p9Hk8blYpS pic.twitter.com/rTdGd1wIhK

This is not the first time that the “Lover” vocalist tries her hand at Christmas music.

She released “Taylor Swift Holiday Collection EP” in 2007, which featured covers of holiday classics such as George Michael’s “Last Christmas” and “Silent Night.”

The songstress also penned two new originals for the full-length, “Christmases When You Were Mine” and “Christmas Must Be Something More”.

In other news, Swift will become the first-ever recipient of Billboard’s Woman of the Decade Award, which she will receive on December 12 during the 2019 Women in Music Event.

On top of that, the superstar will also appear in the upcoming Netflix documentary, “Taylor Swift: Miss Americana” which will open the Sundance Film Festival on January 23, 2020. NVG