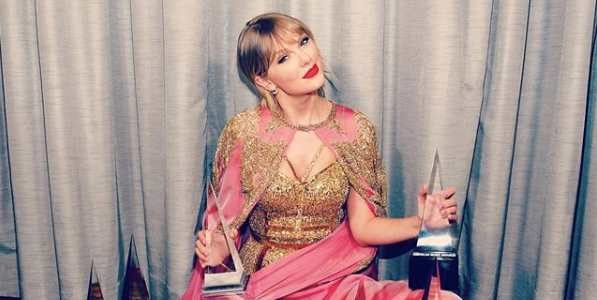 Super songstress Taylor Swift has released a fresh version of her “Lover” title track from her latest album of the same name, following her recent 2019 America Music Awards (AMAs) performance.

The new cut — which features lush orchestral arrangements inspired by her guest appearance to the awards show — debuted on YouTube today, with Swift giving the release a boost via her official social media accounts.

Announcing the “First Dance Remix” the singer posted the following message on Twitter, with a link to where fans could stream, listen and download the track.

“So excited to release the new version of “Lover”, the “First Dance Remix” based on the arrangement of the AMAs performance!” Swift said.

The latest remix — which you can “slow-dance to” — followed the release of another rendition the popstar created and dropped recently, featuring Shawn Mendes, on Nov. 22 as per The Hollywood Reporter. CL/JB