Maxene Magalona assures fans she has no eating disorder 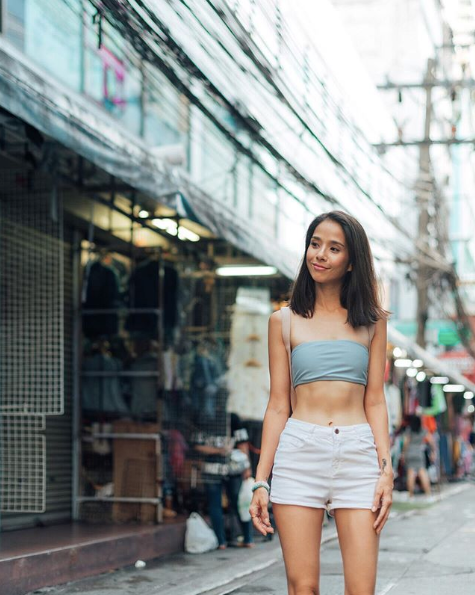 Maxene Magalona has had to respond to comments about her lean figure.  Image: Instagram/@maxenemagalona

Maxene Magalona spoke once more about her lean figure after questions arose online about her health.

When the actress posted a picture of her in a bikini yesterday, Dec. 6, some Instagram users wondered about her diet and alleged that she had anorexia or bulimia.

Magalona responded with an Instagram post of her eating a vegan lasagna yesterday “to put their minds at ease.”

“So many people have been asking me if I still eat, so I thought of sharing with you one of my meals — vegan lasagna!” she said in her post, which included a video of her scarfing down the lasagna.

“Not that I need to explain myself but since a lot of people have been assuming that I’ve become anorexic or even bulimic, I thought of posting this to put their minds at ease,” she added.

Magalona previously attributed her fitness and wellness journey to her husband, Rob Mananquil, in an Instagram post back in August.

She admitted then that being in show biz had pressured her to look a certain way but that she could not achieve this with diets and exercise because she was doing it for others.

It was only after becoming more spiritual that she shed pounds. “And I’ll be honest that when I started practicing yoga and meditation, the results came only after I submitted myself to the Lord,” she said.

Maxene Magalona responds to comments shaming her for weight loss

Billy Crawford opens up on dieting, letting go of alcohol to lose weight

Read Next
Love Knots, December 7, 2019
EDITORS' PICK
Huawei’s relentless mission to bring ultimate health and wellness tracking for your fitness goals
Urban poor struggle to adapt as rising seas threaten to remap Metro Manila
Don’t use military to threaten people, Robredo tells Duterte
Smart reaffirms 5G leadership as PH’s most reliable 5G mobile operator
PH logs 20,755 new COVID-19 cases; no deaths reported again due to glitch
Smart powers Liga Adarna Season 4: Race to the Top
MOST READ
Group rallies support for Robredo as she calls for a united opposition
Trillanes to give Robredo until last day of COC filing before finalizing presidential bid
Bong Go says he is not seeking presidency in 2022
It’s clear Marcos camp is afraid of Robredo after losing to her thrice — OVP spox
Follow @NGunoINQ on Twitter
Don't miss out on the latest news and information.