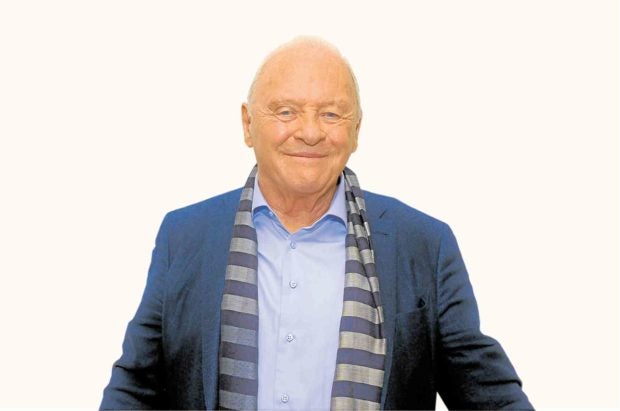 LOS ANGELES—Since Sir Anthony Hopkins plays Pope Benedict in “The Two Popes,” our talk veered toward his faith and spirituality.

Hopkins’ conservative pontiff and Jonathan Pryce’s liberal future Pope Francis make for an absorbing biographical drama in the Netflix film directed by Anthony Meirelles. The two actors are well-matched, as they trade lines written by Anthony McCarten based on his own play of the same title.

Hopkins has been married since 2003 to Stella Arroyave, a Colombian whom he brought up several times in the interview. The actor’s Welsh humor and candor livened up our chat, as usual.

“I am going to be 82 in a few weeks’ time,” said Hopkins who was born on Dec. 31 in Wales. He is still in the prime of his life and exemplary acting talent.

Did you enjoy filming those moments when it’s just you and Jonathan Pryce? Yes. I had never worked with Jonathan before … Jonathan and I saw each other once in a while, but I didn’t know him. We both are Welshmen and I did have one meeting with him, when I directed Dylan Thomas’ “Under Milk Wood” for George Martin. And Jon was the voice.

I met with Jonathan and we hit it off. We have two different styles of acting. He’s very loose and I tend to be dissonant. I always like to know the lines.

We had such a wonderful time and we had jokes together. And when you are in Rome, you don’t need to act very much because it does it for you.

Can you talk about your spirituality now? I used to be, let’s say for all intents and purposes, an atheist or agnostic. But things happened in my life some years ago. And it’s a wonderful feeling.

I was in Rome in 1984, doing a TV series with Bob Hoskins about Mussolini, “Mussolini and I.” I came across an astute priest who was in the Vatican.

For some reason, through connections, he said, “Can I take you out for coffee?” So, we went to the Spanish Steps by the big square and we had coffee.

He said, “Don’t worry, it’s OK. I was in the wilderness for years and I lost all my faith. I experienced Hitler coming into Austria and I saw all that terrible stuff. I thought, there’s no God. I was here in Rome many years later. I thought, what were you doing in the streets, having fun? That’s God.”

And he said, “Something will happen to you one day. You will come back to Rome and you will be in for a big surprise.”

Only three days ago, I thought, oh man, I played a pope.

I feel like my life has been a journey, beyond my comprehension and some real big force has guided my life.

I don’t know why I decided to come out to California years ago, but I have been out here 40 odd years.

There is something vaster than myself, so yes, I call it God. So yes, I do have a spiritual being and yes, I do believe. And I am happier now than I have ever been.

On that scene when these two men walked through the Sistine Chapel with all the tourists around, do you know if that really happened? If it actually happened, I don’t know. But Anthony McCarten has written a terrific sort of documentary of fiction and invented all of that, I’m sure.

Maybe they had this conversation, but what Anthony has done is synthesize and put together two ideologies, one conservative and one liberal.

Do you feel there is a difference now in how you approach your characters, having lived all these experiences and awakened your spirituality? I think I’ve simply gotten old. I don’t do any research. I don’t get intense about them.

I’m very detached. But I learn the lines so thoroughly that they are in me and I go over them many times and learn them.

The thing about acting is you have to be physically relaxed and the words come out.

He said, “Because it’s very complicated. You can’t just say I want to become a Catholic. It’s like becoming part of the Jewish faith. You would have to do the Catholicism.”

He realized that I had some problems in my life with alcoholism and all that stuff. He said, “Just enjoy your life.” Like the other old priest told me.

But I used to go into churches in New York when I was in bad shape. I’d go into St. Patrick’s Cathedral, watch people and go, what are they doing?

I was in Israel in 1973. I was in Jerusalem, starting a film with Ben Gazzara, Leslie Caron and Lee Remick … an Israeli driver took me to Yad Vashem, the memorial for the dead.

He said, “I am going to take you now to the Garden of Gethsemane.”

This driver was a Jew. He took me up to the hill with my wife and … this American priest, a young man with a beard, said, “Welcome to the Holy Sepulcher on Via Dolorosa. Jesus carried the cross here.”

And something went through me. It had a big effect on me.

But I used to go into St. Patrick’s Cathedral in New York, and I came out here (California) and, suddenly, I had a revelation about my life. I realized that it’s out of my hands altogether and that I had been accepted, even though I don’t feel acceptable.

I wanted to live. And this thought came to me very powerfully. That was 44 years ago (laughs). 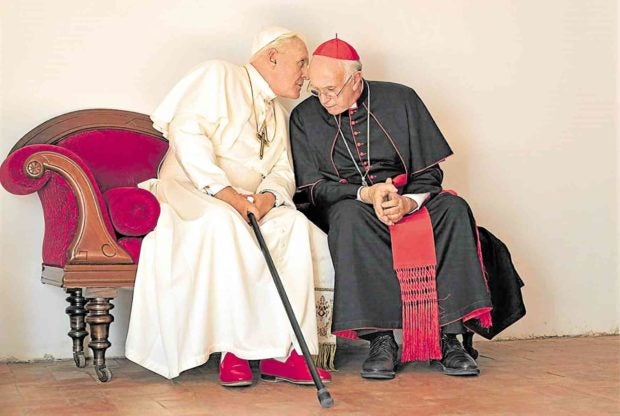 Can you talk about your playful competition with Jonathan Pryce? Jonathan said he and you were teasing each other about him being No. 1 on the call sheet while you, a Sir, was No. 2. Jonathan said, “I have a bigger trailer than you.” I said, “Yeah, but I am Sir Anthony Hopkins (laughs).” I’m Sir No. 2.

We had a lot of fun. Also, when I was playing the piano in the scene, Jonathan would fall asleep (laughs). He said, “Is that the best you can do?” I said, “I can do a bit of Liberace, if you like.”

You talked about not doing too much research. But how important was it for you to bring a physical resemblance to the role? It was easy. I’m old. Those scenes in the Vatican when I walk up the Sistine Chapel, that was real because my back was going out and so were my legs and hands, so I have to walk slowly.

Does the morality of the characters matter to you when you play them? I am an old sinner like everyone else, but I try to be good. It’s very interesting, doing the Pope.

I am not glad of some of the things I have done and made immense. I wouldn’t want to do them again. But come on, man, that man said 2,000 years ago, cast the first stone who has not sinned. Because we could all throw stones.

When you do these characters who are deep, are you sometimes overwhelmed with emotion? Do you cry? I cry all the time. There’s one moment in my life which I won’t detail, when I was 7 years of age. It was so harrowing, and the one person I was close to had done this terrible thing to an innocent little animal. He angered me, and it was so volatile. 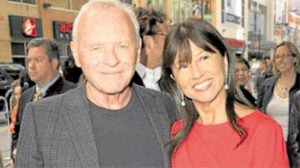 I come back to [mentioning] Stella again, my wife. She set up “The Artist’s Forum” of actors and writers, all younger than me … They show a little bit of my films and I go in and talk. It’s free of charge.

It’s not depression, but it’s painful and embarrassing, because being a man, you don’t cry. But it’s stemming from something inside me.

I don’t cry in public. Everything moves me now. So yeah, I’m emotional.

TAGS: Anthony Hopkins, Only In Hollywood, The Two Popes