Ritz Azul recounts living away from parents, salutes OFWs for their sacrifices 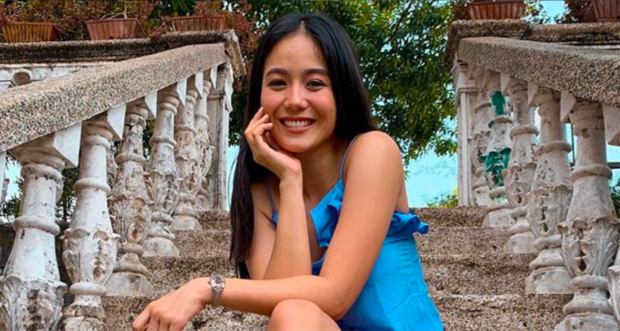 Ritz Azul expressed her admiration for overseas Filipino workers (OFWs), after recalling the time when her mother had to fly to Bahrain for work.

Due to the gloomy weather brought about by typhoon Tisoy yesterday, Dec. 3, the actress could not help but wax sentimental about her mother’s time as an OFW.

Azul shared old photos of her as a kid when her mother left the Philippines to work abroad, as seen in her Instagram post yesterday.

“Looking at these pictures, I can still vividly remember how I felt when nanay (mother) flew to Bahrain to work,” she said.

The actress noted that even though she was smiling in the pictures, her throat was already hurting from holding her tears back.

(But I was told not to cry because Papa said kids who cry will be taken away. Even as a kid, I was already an actress.)

Azul revealed that her father also worked far away from her when her mother left the Philippines. Her dad worked in Batangas while Azul lived in Pampanga or Laguna.

She then praised OFWs for their sacrifices.

(The hardships that they face and do not show when talking to their loved ones in life; you think their lives are always happy and good but it is the opposite of all of that.)

She then expressed her gratitude for being reunited with her parents. Azul hopes OFWs now will be with their loved ones again eventually. JB

Pauleen Luna praises OFW parents who live away from their kids: ‘You are truly today’s heroes’

Aicelle Santos sings to OFWs in HK for Independence Day