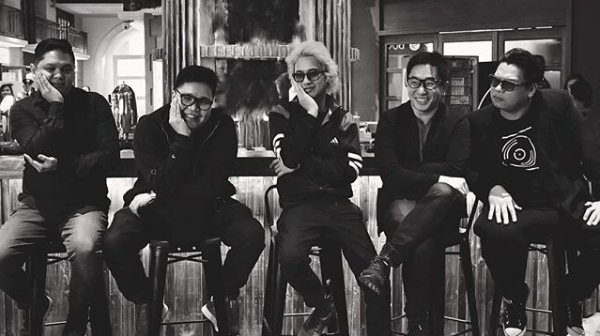 “Malinaw na Malabo na Tayo” will be the third single released by the musicians. The track will exclusively be a part of the labels’ second compilation album to be released next Tuesday, Dec. 10.

Offshore took some behind-the-scenes footage of the Itchyworms recording with Buendia and released it via Twitter yesterday, Dec. 3.

The track’s upbeat tempo counterpoints the song’s message about what appears to be a fading relationship.

"Malinaw na Malabo na Tayo", the 3rd single by the Ely Buendia & The Itchyworms collaboration, is exclusively available on the Offshore Music Vol. 2 compilation! Out this Dec 10, 2019! @elybuendia9001@theitchyworms#EBxIW #OffshoreVol2 pic.twitter.com/sVWJHYGkC4

Ely Buendia and the Itchyworms’ most recent collaboration dates back to 2016, when they released two songs entitled “Lutang” and “Pariwara”.

Past and present: Ely Buendia and the Itchyworms in concert, Feb. 9, Resorts World Manila>